You Are Here: Home → Videos
Ethiopian new year ox market and Kircha
A Group of Gangs in Addis Ababa Arrested by Federal Police

Robert Mugabe Junior, Son to President Mugabe of Zimbabwe is(was) in hot soup with Dubai authorities  after he was arrested doing drugs, Thomas Mapfumo has revealed.

Mapfumo, an exiled Zimbabwean Musician, spoke to reporters on the sidelines of the United Nations in New York Yesterday.

“Do you know when he(Mugabe) travelled to…Where he rushed to recently..Dubai, he was there to rescue his son who was found with drugs,” said Mapfumo. 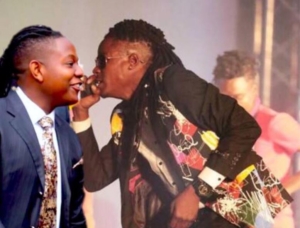 “That is the the reason why Mugabe abandoned Swaziland summit and rushed to Dubai. He paid his son’s freedom with diamonds money, we know the whole story,” said Thomas Mapfumo.

Mapfumo also revealed that Mugabe was asked to pay over US$1,5 million for the unscheduled taxing and parking of his chattered Air Zimbabwe plane.

Mugabe allegedly spent his time begging the Arab country to free his son after he was told of a likely death penalty.

“He was told your son is about to be killed over drug abuse, you(Zimbabweans) did not know this,” said Mapfumo.

Mapfumo was addressing a crowd of Zimbabweans who can be head in the background saying he(Mugabe junior) should have been killed.

The office of president Mugabe is yet to respond to the latest allegations.