Since becoming president of the United States, Barack Obama has visited five African countries:  Ghana, Egypt, Senegal, Tanzania, and South Africa. The president used his 2009 trips to Ghana and Egypt to articulate his broad and ambitious policy of engagement towards sub-Saharan Africa and the Arab world, respectively.

The president’s pronouncements during the trips to Ghana and Egypt generated high expectations for a new dawn in the relationship between United States and these regions. 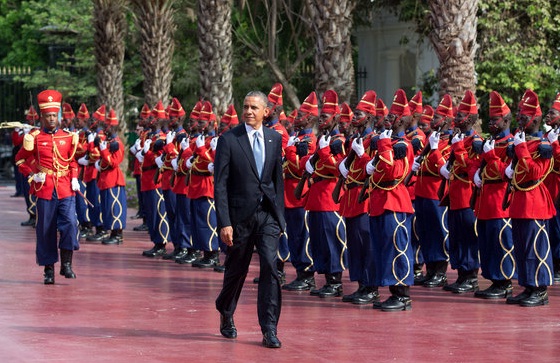 Nevertheless, there was not much by way of new policy initiatives to back these pronouncements, and, thus, to a large extent these two visits were more symbolic than substantive. As such, during his first term a lot of criticism by policy analysts was directed at the president’s detachment from Africa.

Many felt that under Obama’s presidency America was lagging behind many other countries especially China, India, Brazil, and even other smaller economies such as Turkey in its engagement with Africa.

In 2013, the president made a more extensive and substantive trip to Africa, traveling to Senegal, South Africa and Tanzania. During this visit, the president announced actual initiatives that aim to deepen commercial relations, support regional trade logistics, and enhance security.

Also significant was the announcement of the first U.S.-Africa Leaders Summit to be held the following year, in August 2014.