Expanded Nations Cup Will Not 'Reduce Quality' of Play

The Africa Cup of Nations will not suffer in quality after its expansion to 24 teams, says a top Confederation of African Football (Caf) official.

Amaju Pinnick believes the African game can only benefit, even if the tournament may suffer early on.

"At the beginning, you will see some problems but later it will start building up to the quality people know it for," the Nigerian told BBC Sport.

"Trust me - it is not going to reduce the quality."

Last week, Caf chose to both expand the Nations Cup - by an additional eight teams - and move its timing from January/February to June/July.

Pinnick, who presides over Caf's Nations Cup Organising Committee, believes African football will be 'redefined' as a result of the changes, citing benefits with regard to business, infrastructure and the sport itself.

He says African companies are excited about the changes, that African players will become more prized and that more countries will benefit from new and/or reconstructed stadiums.

Concerns over the quality of football aside, there are also questions about how many African countries have the capacity to actually stage a 24-team Nations Cup.

The Caf executive committee member believes '10-12' countries could host on their own right now, but he also introduced the concept of 'regionalising.'

"We are trying to encourage co-hosting and regionalising," said the Nigeria Football Federation (NFF) president in a wide-ranging interview.

"If Nigeria and Ghana were to put up a bid for example, I would also advocate that they accommodate (neighbours) Togo and Benin. Nobody is pushing that for now but I am just giving an example of the possibility." 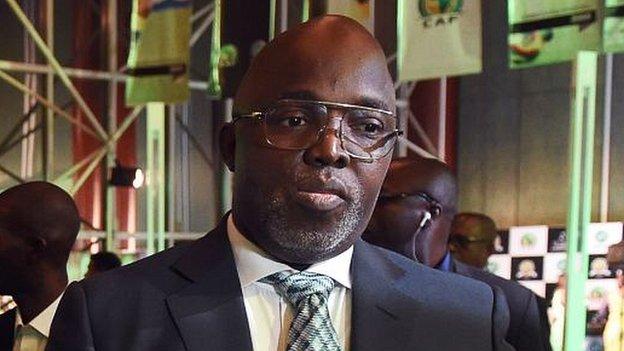 In the meantime, the next Nations Cup hosts - Cameroon - must deliver a finals, in 2019, for 24 teams despite having bid for a 16-team event.

Last week, the country denied reports it was behind schedule but Pinnick is not unduly concerned.

"Cameroon is a major footballing nation and I believe they are going to be able to do it," he said. "They are very eager and excited."

Firstly, the format for qualifying for the 2019 Nations Cup - which has already started - needs to be changed.

Caf will meet in Morocco later this week to begin talks on how that process will change, with the next qualifiers set for next March.

The switch of timing, meanwhile, has been broadly welcomed - with both African players and agents set to benefit given the Nations Cup will no longer clash with the middle of a European season.

"You will now starting seeing big money for African players - massive transfers because they are now in line with the footballer calendar," said Pinnick.

Nonetheless, any footballer in a team that qualifies for Nations Cups either side of a World Cup could find himself playing three extended seasons in a row.

"I don't think there is any major concern," argued Pinnick.

"I called nine Nigeria internationals (to check) and they said it was not an issue. I also asked my marketing agent who called some big African names in the Premier League and they said the same thing."

The argument of adverse weather - whether being too host in the North, too rainy in the West or too cold the Southern Africa - was regularly used by the previous Caf regime, under Issa Hayatou, as a reason to not move the timing.

Pinnick believes infrastructural improvements can help solve some of the issues.

"If you have a world-class pitch, you won't bother about rain because within minutes it will drain away," he said.

Pinnick, who says many companies have backed the expansion, does not believe the Nations Cup will increase in size again - with any potential increase likely to feature over half the teams on the continent.

"Anything can happen but I want to believe that this is where it should end."