Ethiopia’s capital Addis Ababa has seen a beehive of activity since Monday as football leaders arrive ahead of the much anticipated Caf elections to be conducted on Thursday at the AU Headquarters.

Caf President Issa Hayatou arrived on Monday having flown directly from Lusaka where he attended the just concluded U20 Afcon won by Zambia.

Hayatou's challenger in the upcoming elections Ahmad Ahmad of Madagascar has also arrived and intimated that he was ready for the big day. 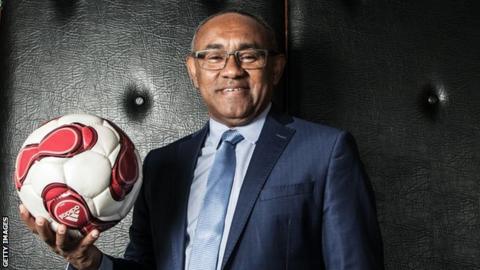 "I am happy I am finally in Addis Ababa we have waited for this moment and we want to conclude the elections on Thursday so that Africa can revert back to football.I am hoping for good tidings as I have campaigned efficiently "Ahmad who is Madagascar FA president told supersport.com at the delegates hotel in Sheraton.

Hayatou's challenger in the upcoming elections Ahmad Ahmad of Madagascar has also arrived and intimated that he was ready for the big day.