Almaz Ayana who won Ethiopia’s only gold medal during the 2016 Olympics in Brazil this past summer has been named a candidate for this year’s Female World Athlete of the Year award.

The 25-year-old long distance runner is being considered for the prestigious award along with Jamaican track and field sprinter Elaine Thompson and Polish hammer thrower Anita Wlodarczyk.

“Ayana opened the Rio Olympics with a bang. It was a sight to behold as the Ethiopian broke away early from the rest of the field with a decisive surge,” The International Association of Athletics Federations (IAAF), which gives the annual award, said highlighting her accomplishments. “There was no catching Ayana, who powered to a world record 29:17.45, knocking more than 14 seconds off a record that had stood for 23 years.” 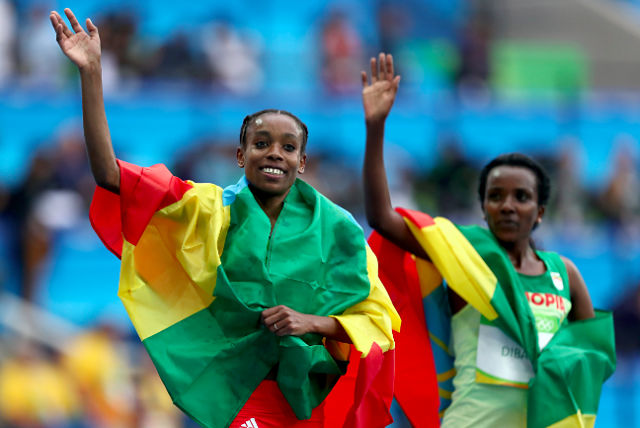 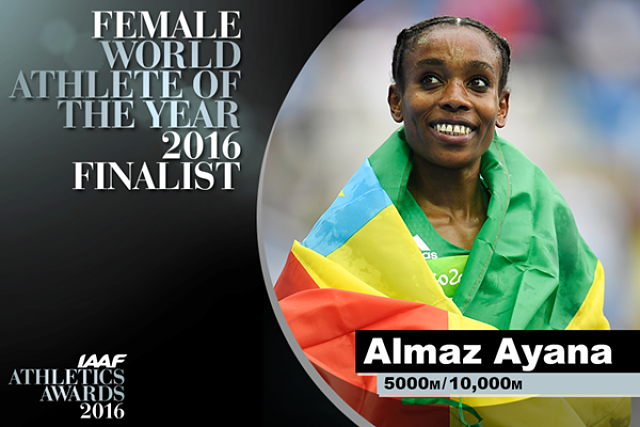 IAAF adds: “With one Olympic medal already under her belt, Ayana lined up in pursuit of another just days later. She was again the athlete pushing the pace in the 5000m final, blowing the medal hunt wide open with a break at half way. But her world record effort from a week earlier showed in the end, as Kenya’s Vivian Cheruiyot and Hellen Obiri passed her in the final lap. Ayana finished in third with 14:33.54. It was the only race of 2016 in which she didn’t cross the line in first, and it still earned her an Olympic bronze.”