ADDIS ABABA — The ruling party in Ethiopia often describes the country as a “developmental democracy” and its policy as “revolutionary democracy.” But opponents question what these policies mean, and say the country is not enjoying much democracy or development at all.

The Ethiopian People’s Revolutionary Democratic Front has governed Ethiopia for the past 24 years. For most of that time, the party has promoted the ideologies known as “revolutionary democracy” and “developmental democracy.”

Under these policies, the country has experienced double-digit economic growth after the grueling famine of the mid-1980s.

“You can opt for democracy to be built evolutionary, gradually. You could also opt for a democracy, which must be revolutionary, radically, all the system, all the thinking must be changed, root and branch completely and fast. So this is revolutionary,” explained Redwan Hussein, a government spokesman who also used to head the ruling party’s secretariat.

Hallelujah Lulie of the Institute of Security Studies says there is a built-in tension between the two ideologies. 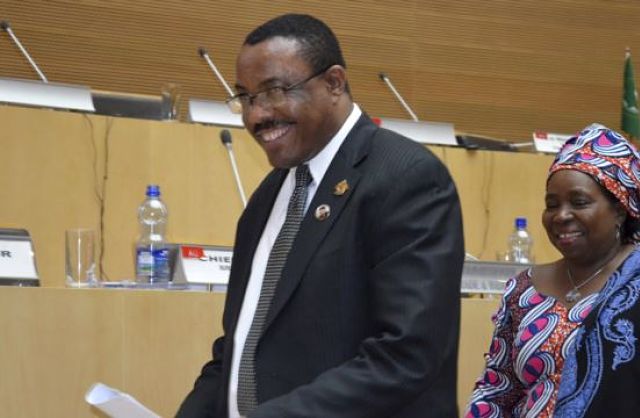 Ethiopia’s economy is managed through five-year plans aimed at making Ethiopia a middle-income country by the mid-2020s.

In Addis Ababa, the development is very noticeable, with many new roads, high buildings, an elevated railway and many condominiums to provide housing for the masses.

But two of the bigger opposition parties, Medrek and Blue Party, are critical of the ideological terms and their meaning.

They contest the idea that Sunday’s election will be democratic, saying they face intimidation and harassment by the police and ruling party supporters.

And despite the impressive growth numbers, thousands of Ethiopians leave the country every month hoping to find better lives in the Middle East or Europe.

Medrek chairman Beyene Petros says the development is not affecting the larger population, as 85 percent of Ethiopians live in rural areas:

“I am the first generation moving into an urban setting. So the people that I knew 50 years ago are just living the same kind of life. Scratching the land, using the same plow. The difference is the piece of land which they used to hold, which was much larger, has no shrunk to literally about one-tenth because of the population pressure,” said Petros.

The EPRDF is expected to win Sunday’s elections and the party has already said that five more years of EPRDF will mean a continuation of current policies.