ESAT spoke to Bekele Gerba on the phone. “I can’t say that I have done much but I have done what I could” , said Bekele in a calm tone. Bekele taught at Addis Ababa University before his incarceration. Yet he was very famous for his outstanding remark during the televised election debate a year before he was incriminated and more so for the speech he made at the court after the “guilt verdict.” 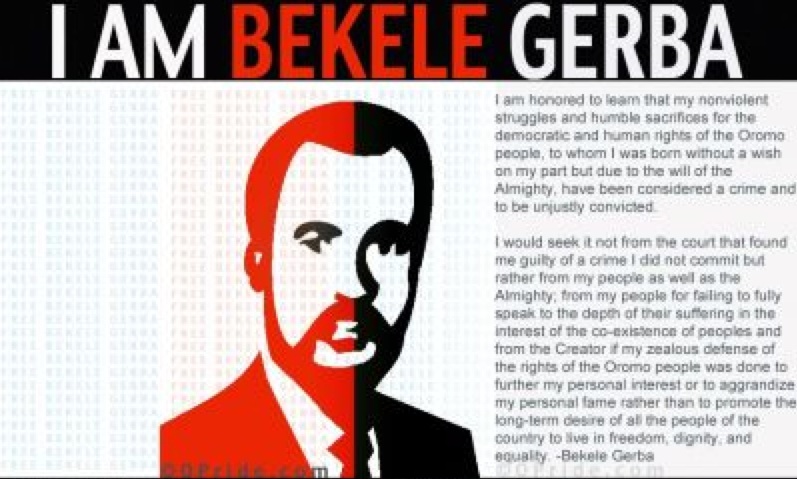 From what has been written about him so far and from few of his insightful speeches, Bekele Gerba, as a politician and personally,seem to be rather interested in an Ethiopia where the rights of all Ethiopians including the Oromos is respected as opposed to a radical secessionist ethnic ideology which entities like OLF espoused for well over four decades now.

It is not clear at this point as to what Bekele Gerba’s political move is and as to whether he will be reinstated to his faculty position at Addis Ababa University.