You Are Here: Home → News → Odd News
Indian Nurse In Coma For 42 Years Dies
See The Sacrilege Happenings In India

Couple Weds After 70 Years Of Staying Together

Couple Weds After 70 Years Of Staying Together

70 years ago, they got married without a wedding; 70 years later, she donned the wedding gown and they exchanged their wedding rings. In Jinhua Village, Dazhou City of Sichuan Province, 94-year-old Yan Zhengming planned a wedding ceremony for his 90-year-old wife Zhou Suqing, on May 15, 2015. Yan Zhengming was a veteran who participated in many battles of the Chinese people's war of resistance against Japanese aggression. Later in 1946, Yan Zhengming married Zhou Suqing. Zhou never returned to her hometown after the marriage. Years ago she lost her sight, and Yan has been taking care of her. Three years ago, Yan and Zhou's only adopted son died of liver cancer, and Zhou has been depressed since then. Once Yan came up with the idea of the wedding, Zhou became much more cheerful. Their daughter-in-law was also very supportive. 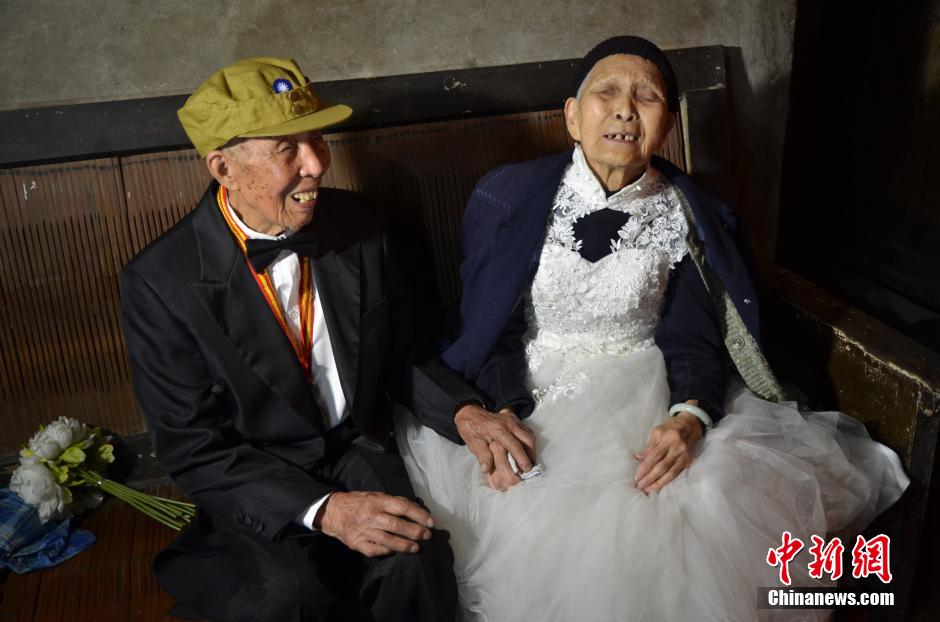