You Are Here: Home → News → Entertainment
Don't Mess With a Black Girl By Calling Her ‘N***er (Video)
Modelling Competition, Hidden Beauty of Ethiopia Aims to Educate and Inspire Young Females

Nhatty Man: His Journey from a Civil Engineering to DJ and to a Music Star

With a mesmerizing stage performance and a huge smile always intact, Nhatty lacks anything but energy. Nhatty’s life has gone in a million ways he never anticipated. After dropping out from a civil engineering degree in his second year, he started a new journey as a DJ. This entrance into the music industry sparked a new desire to become a songwriter, penning the hit song Alekafam for well known Ethiopian artist Zeritu Kebede, amongst others. 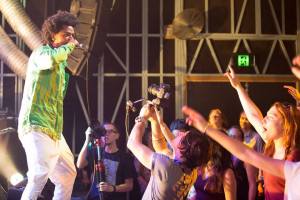 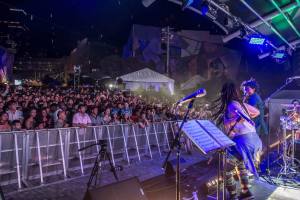 Nhatty soon found his own voice singing with the legendary Ethiopian band Express, which propelled his career as a singer and found him fronting numerous bands and playing many of the clubs around Addis Abeba. Now garnering a solid fan base around the country and featuring with some of the biggest name artists within Africa, it wasn’t long before he became a household name, after his first single Amrogne hit the Ethiopian market.

Nhatty’s debut album, Man, dropped on February 16 2011. The album combined a mix of R&B, reggae, rock and local Ethiopian rhythms and received a Leza Radio Show Listeners Choice Award for Best Album of the Year 2011-2012. Following the album’s success, Nhatty toured nationally and throughout Africa, America, Australia, Europe and the Middle East. Since the release of Man, Nhatty released another album and DVD in 2012, featuring popular Nigerian reggae artist Ras Kimono and remixes of his previous hit songs, along with new and original compositions.