Boy, 10, Charged with Manslaughter in Death of 2-Year-Old Cousin

A 10-year-old Florida boy was charged in the death of his 2-year-old cousin, who officials say died after sustaining head injuries during one of many beatings she allegedly suffered at the hands of the child.

Witnesses initially told authorities that little Journee Blyden stopped breathing after she fell out of her playpen on June 21, dying from her injuries a few days later, the Marion County Sherriff’s Office said. 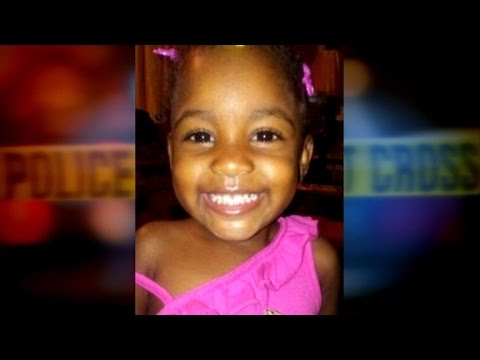 But the 10-year-old boy’s sister later told investigators that her brother, who InsideEdition.com is not identifying because of his age, hit her and Journee when the three were left unsupervised at their Ocala house, authorities said in an arrest affidavit.

The little girl said that after she told Journee to call her brother “beaver teeth,” the 10-year-old boy “started to hit people,” the affidavit said.

When their mother left to pick up their grandmother, the suspect's sister told investigators that the boy picked up a sleeping Journee and “throwed her down on the floor” and pushed the toddler off the counter.

The 10-year-old boy allegedly lied to his mother and grandmother about what happened and initially told detectives he had tripped while running with Journee in his arms and fell on top of her as well as “accidentally pushed” her off a counter top.

Medical examiners ruled the death a homicide after an autopsy revealed that the child’s extensive and severe head injuries were not consistent with the little boy’s story and “would have taken excessive force to create,” deputies said.

The 10-year-old boy was arrested Wednesday and charged with aggravated manslaughter of a child, the MCSO said. He is expected to make his first court appearance Thursday.

Journee’s father, Kendall Blyden, was behind bars at the time of her death facing murder and aggravated child abuse charges in the 2014 death of his then-girlfriend’s 1-year-old son, authorities said.

Blyden, now 29, reportedly told investigators he was babysitting Jayden Green when the child fell from his crib.

He later told investigators that after Jayden fell, he dropped the baby, fell on top of him and the little boy then struck his head on a piece of metal on a nearby lounge chair, the Ocala Post reported at the time.

Jayden’s doctors said his injuries could not have been caused from the series of events Blyden described.

Blyden maintains his innocence, saying the fall caused the baby’s death. Jury selection in his case is set to occur this month.