You Are Here: Home → News
TSEHAI Publishers Renews Visions of Peace and Unity with a Beautiful Act of Community
Seeds of Africa founder Atti Worku is one of “6 Female Leaders on How YOU Can Make a Difference with Climate Change” by Teen Vogue

From Dishwasher to Millionaire

MINNEAPOLIS —  When Tashitaa Tufaa first arrived in Minneapolis from Ethiopia in 1992, he remembers craning his head skyward in disbelief. Looking up at the tallest skyscraper he had ever seen, he began counting the stories until he couldn’t count anymore. Eventually, he found out the building had 55 floors.

It was a long way from Negele Arsi district in the Oromia region of Ethiopia where he grew up. As a child, he worked alongside his 13 siblings on the family farm.

Now he’d have to do other types of work. He thought he had a fluent command of English that would open doors in the job market.

“But I found out that I didn't after I came to Minneapolis,” he said. 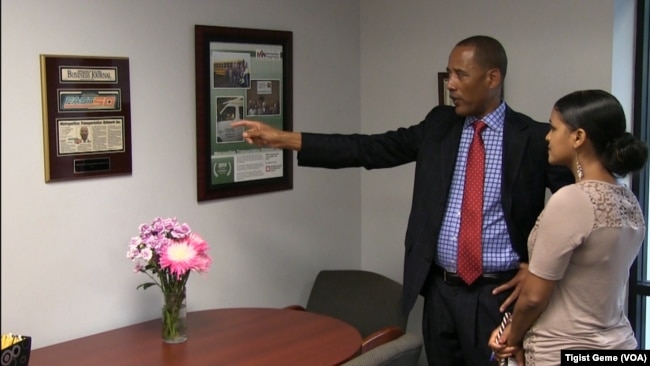 So he began as a dishwasher at the Hilton Hotel, earning $5.65 an hour. Eventually, he held as many as three jobs at once, including ones at manufacturing companies and another as a security guard.

The small paychecks of those days are long gone for Tufaa, who is now president of a successful bus company.

Each day, Metropolitan Transportation Network carries more than 15,000 children to schools, field trips and other destinations in Minneapolis and other Minnesota cities. The multimillion-dollar transportation company has more than 300 employees and recently moved to a new, larger operations center.

'I do not believe in giving up'

The road to success hasn’t been easy, but Tufaa believes his experience shows that for those willing to work hard, anything is possible.

“I do not believe in giving up,” he told VOA.

Tufaa came to the U.S. as a refugee. He had been a school teacher in Ethiopia and was also active in politics. Following the fall of Ethiopia’s communist Derg regime in 1991, he helped campaign for the Oromo Liberation Front in his native Oromia region.

When his party withdrew from the transitional government after a fallout with the ruling Ethiopian People’s Revolutionary Democratic Front, Tufaa no longer felt safe in the country and decided to leave.

“I was a political asylee. I didn't like or agree with the Ethiopian government,” he said.

While working his menial jobs in the U.S. he also earned his master’s degree in political science and international relations from the University of Minnesota. After obtaining the degree, he worked for the Minneapolis Public Housing Authority. 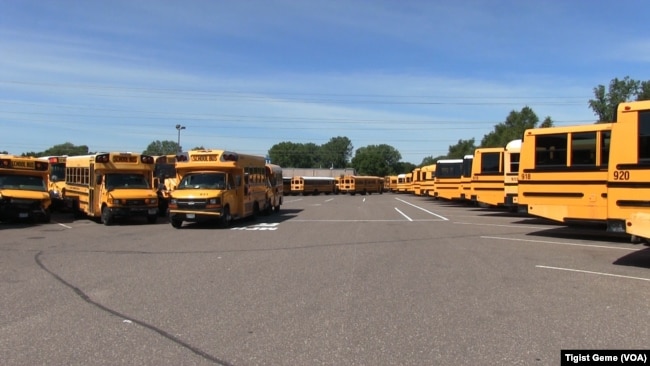 A fleet of Metropolitan Transportation Network buses in a parking lot at the company's headquarters in Fridley, Minnesota, Aug. 10, 2017.

Dishwashing and factory work were not enough to provide for his family, so he took an evening and weekend job as a shuttle driver, transporting senior citizens and people with disabilities to and from work.

“As a result I fell in love with transportation and I call myself an addicted driver,” he said with a chuckle.

He left his city job after a conflict with a supervisor and began driving taxis. But other drivers complained that he worked long hours and favored shorter trips to avoid long queues at the airport.

Eventually the taxi company fired him and, with no other options, he decided to strike out on his own.

“To do a business, you need to face a challenge. You can't start business if there is luxury,” Tufaa said.

Starting with one van

After sketching out their idea for a transportation company in 2003, Tufaa and his brother began delivering handwritten letters to public school districts seeking contracts. He started with his wife’s single minivan transporting homeless children.