At her concession speech, Clinton cited her lifelong struggle to overcome barriers to women: “Although we weren’t able to shatter that highest, hardest glass ceiling this time, thanks to you, it’s got about 18 million cracks in it … and the light is shining through like never before, filling us all with hope and the sure knowledge that the path will be a little easier next time.”

This time, Clinton has secured the nomination and is hoping to shatter the ultimate glass ceiling and become president of the United States. But just days before the election, Clinton had failed to hold on to the respectable lead she once had in the polls.

National numbers released by ABC/Washington Post a week before the election put Clinton’s lead nationally at just 1 point — down from a 12-point lead the previous week. Other polls also showed a similar loss of advantage, bringing into question whether she will be able to shatter the glass ceiling she has aimed at for so long.

If she wins [on Tuesday], she will go from first lady to U.S. senator from New York, to U.S. secretary of state, to “Madam President.” 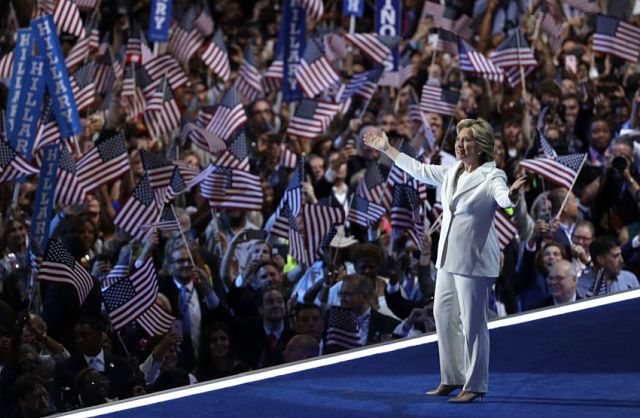 Opinion polls show Clinton is both beloved and despised. She is one of the most famous people in the world. Those who know her personally say she is warm and has a great sense of humor in private. Yet, she is guarded about revealing too much of her personality in public.

Some perceive Clinton as untrustworthy; she has been investigated numerous times, most recently for her use of a private email server while she was secretary of state in the Obama administration’s first term.

Cracks in the glass ceiling

Born in a middle-class Chicago suburb in 1947, Hillary Rodham Clinton wrote of a happy childhood in her 2003 autobiography. The daughter of a staunch Republican father, she says she got into politics because of her Democratic mother.

Her own mother, Dorothy Rodham, however, had a very different childhood. 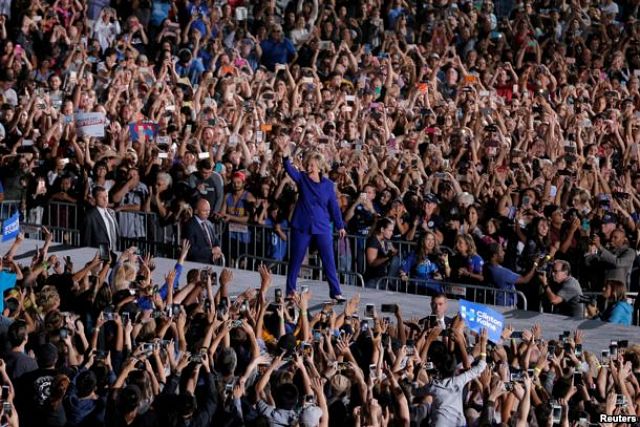 As Clinton has recounted in campaign ads, “She was abandoned by her parents at the age of 8, sent from Chicago to [Los Angeles] to live with grandparents who did not want her. But people showed her kindness, gave her a chance. Like the teacher who saw my mother had no money for food and started bringing her extra from home, whispering, ‘You know, Dorothy, I just brought too much food today.’ ”

As a teenager, Clinton became a young Republican. She attended Wellesley College and grew more active in politics, delivering the women’s school’s commencement speech in 1969.

She went on to Yale Law School, where she completed her transformation from Republican to a progressive Democrat, and met her future husband, Bill Clinton, in the library. She and Bill Clinton married in 1975, and she followed him back to his home state of Arkansas, where he was elected governor in 1978.

The Clintons’ daughter, Chelsea, was born in Arkansas. And it was there that political journalist Ron Fournier first covered the Clintons. He had plenty of access to both of them in Little Rock and, later, at the White House.

Fournier said he thinks Hillary Clinton is even smarter and funnier than former President Bill Clinton. If he could pick one to have a drink with, it would be Hillary Clinton.

“Bill Clinton’s very good about relating a joke, telling a joke, but she’s really good about being funny in the moment. Self-deprecating humor, that laugh that drives a lot of people crazy, I actually find personally very engaging because it is very authentic, earthy. It’s very contagious in person,” Fournier said. 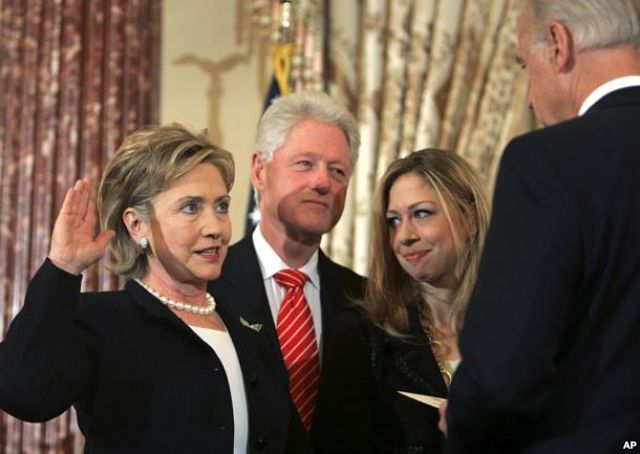 Vice President Joe Biden, right, swears in Secretary of State Hillary Clinton in a ceremonial swearing-in at the State Department in Washington, accompanied by her husband, former President Bill Clinton, and their daughter, Chelsea. (AP Photo)

Bob Weiner, former White House spokesman in the Clinton administration, told VOA that Hillary Clinton is smarter at understanding a problem and coming up with a solution than either her husband or President Barack Obama.

Bill Clinton was elected president in 1992, joking that he offered “two presidents for the price of one.” Bucking traditional expectations, Hillary Clinton remained active politically as first lady, fighting hard but failing to push through universal health care coverage.

In the White House, persistent stories of Bill Clinton’s infidelities caught up with him, and lying about the Monica Lewinsky sex scandal got him impeached by the U.S. House of Representatives. He was acquitted by the Senate.

The months after the scandal were a painful time, close Clinton associate Weiner told VOA, but the marriage survived. The couple “try to deal with their marital failures privately, but they’ve gotten through them,” Weiner said. “That’s – I’ve been there, and I’ve seen them, and they love each other.” 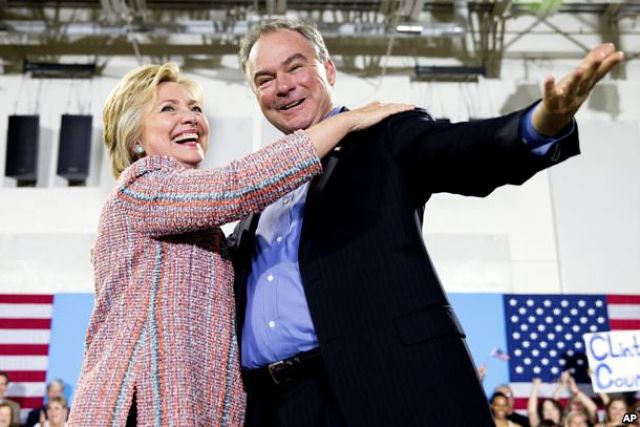 But the public humiliation took a toll on Hillary Clinton, according to Fournier: “She’s changed because a lot of the stuff that’s come her way. She built up a lot of scar tissue because of the attacks that have come her way. Some of them are totally unfair.”

Hillary Clinton fought her way back, forging her own separate political career. New Yorkers elected her to the U.S. Senate in 2000, and she was re-elected in 2006. In 2008, Obama chose her as secretary of state.

“And look, there were plenty of moments when Hillary could have decided that this work was too hard, that the price of public service was too high, that she was tired of being picked apart for how she looks or how she talks or even how she laughs,” Michelle Obama said. “But here’s the thing. What I admire most about Hillary is that she never buckles under pressure. She never takes the easy way out. And Hillary Clinton has never quit on anything in her life.”

Hillary Clinton may need that toughness, as she finds herself, along with her running mate Senator Tim Kaine, in the political fight of her life, running against celebrity businessman Donald Trump. Like Clinton, he is a world famous, but polarizing figure.

Polls show the two are locked in a tight race. Hillary Clinton’s life story suggests she will fight as hard as she can all the way to Election Day on November 8.