African footballers as young as 14 are being trafficked to Asia and forced to sign contracts, the BBC has learnt.

Six minors are still with top Laos side Champasak United, after it imported 23 under-age players from West Africa to an unregistered football academy in February, a BBC investigation found.

Fifa regulations prohibit the movement of players to a foreign club or academy until they are 18.

The club, based in the southern city Pakse, denies any wrongdoing.

"Fifa is in contact with several member associations in order to gather all information to assess the matter and safeguard the interests of the minors," a Fifa spokesperson told the BBC.

Global players' union FIFPro, which helped release 17 of the 23 players three months ago, said in a statement it "suspects this case is not one of its kind, but probably the tip of the iceberg".

It has been claimed that Champasak United, a newly-formed club which plays in Laos's top league, intends to profit by selling the players in future. 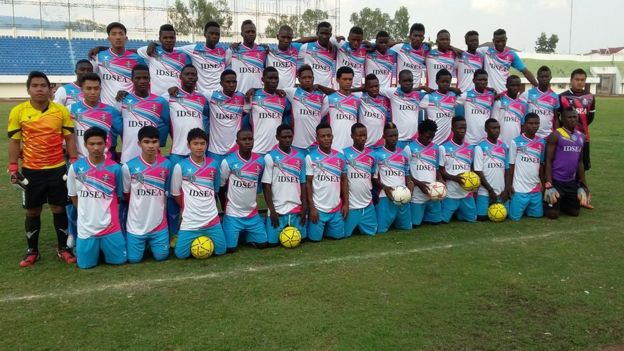 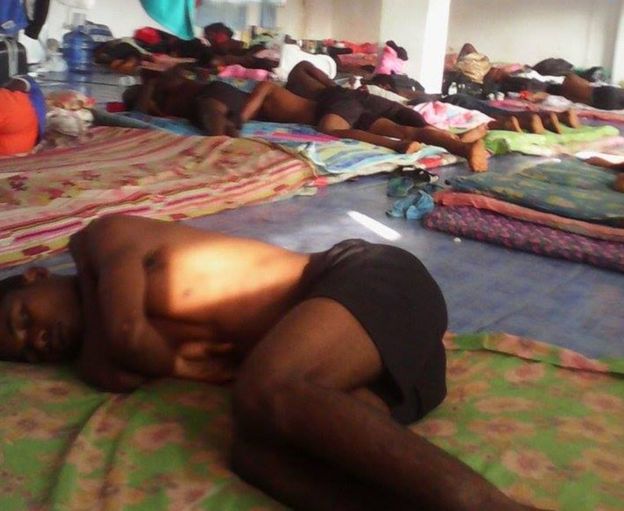 "It's hard to live in a place with no windows"

In a clear breach of the world football governing body's rules, the club has fielded overseas players as young as 14 and 15 in league games this season.

One 14-year-old player, Liberia's Kesselly Kamara, who scored in a full league game, says he was forced into signing a six-year deal before playing for the senior team.

His contract promised him a salary and accommodation, but Kamara says he was never paid and had to sleep on the floor of the club's stadium - as did the rest of the travelling party.

Kamara's contract promised him a salary of $200 a month

His contract promised him a salary and accommodation, but Kamara says he was never paid and had to sleep on the floor of the club's stadium - as did the rest of the travelling party. 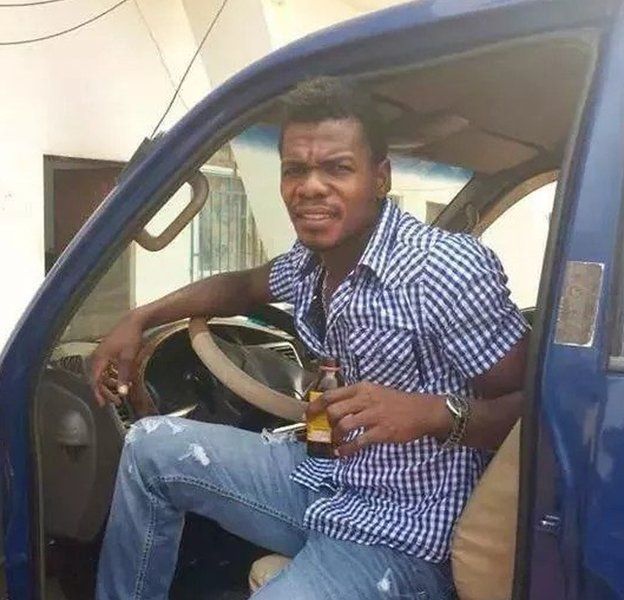 "It's a fictitious academy, which was never legally established," said Liberian journalist and sports promoter Wleh Bedell, who led the group to Laos in February but who has since returned.

"It's an 'academy' that has no coach nor doctor. Karmo was the coach, the business manager, everything. It was completely absurd."

Following initial pressure from both FIFPro and Fifa, Champasak released 17 teenagers from the original party, with Kamara among them, by early April.

But six minors chose to remain.

FIFPro says that all have since signed contracts presented to them by Karmo, who describes himself as a "manager for players from Africa in Champasak", and club president Phonesavanh Khieulavong.