A hotel bill for the recent visit by President Barack Obama to Ethiopia where he headed to upon leaving Kenya on July 26, 2015 has been leaked online.

The bill indicates that the US president and his entourage spent approximately $412,390.86 (KSh 42.2 million) for the two-day stay in Ethiopia.

A contract between the US government and the Hilton Hotel in Addis Ababa where President Obama and his crew stayed has been leaked online: 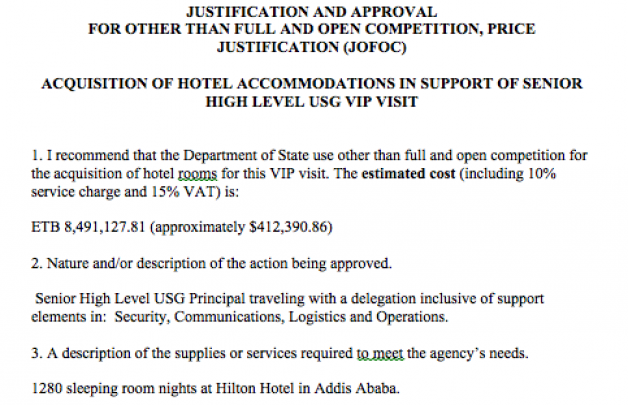 In a country where use of public funds is usually under high scrutiny, this has caused an uproar among a sizable number of Americans.

The outlet that released the report, The Weekly Standard, wrote: “The White House did not respond to a request for an explanation.”

This is especially because it has been revealed that the US government also spent $7,540 (KSh 772,000) on mobile phones for Obama’s Ethiopia visit.