Ethiopia’s government has acknowledged it had more work to do to develop its democracy but also says any journalists it has detained committed crimes. 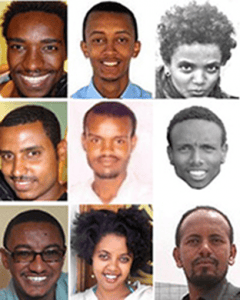 In a speech at the African Union, Obama also said Central African Republic leaders needed to commit to inclusive elections and a peaceful transition of power. Elections in October will mark a return to democratic rule after the Seleka rebels toppled President Francois Bozize in March 2013, sparking a conflict.