Her formal name is AL-288-1, referring to several hundred pieces of 3.3 million-year-old bone from a female Australopithecus afarensis discovered in Ethiopia's Afar region.

"That's amazing," Obama marveled as he scanned the fossils laid out in an open case in a room at the palace. He even gave them a touch after being encouraged to by researchers. 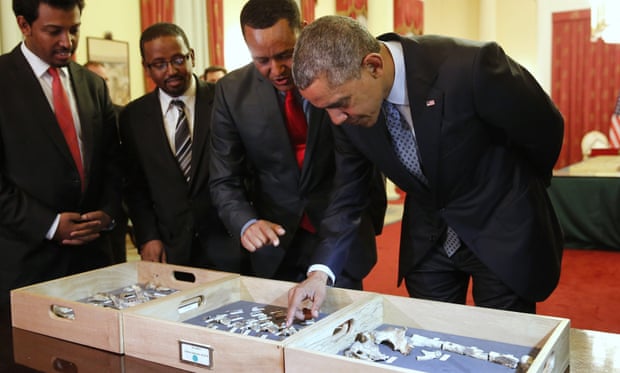 President Obama touches the fossilized vertebra of Lucy, an early human ancestor in Ethiopia on Monday

Lucy is normally housed in the National Museum of Ethiopia, but the exhibit was brought to the palace for Obama's visit.

The president was so fascinated that he came back later with some of the members of Congress who made the trip to Ethiopia.

"It means he had fun here, and he wanted to share that excitement," said Zeresenay Alemseged, head of the California Academy of Sciences, who conducted the tour.

As for encouraging Obama to touch the bones,

Later, Obama told guests at a state dinner that Lucy is a reminder that the world's people are part of the same human family.

"So much of the hardship and conflict and sadness and violence that occurs around the world is because we forget that fact," he said. "We look at superficial differences as opposed to seeing the fundamental connection that we all share."

Obama, the owner of two dogs, seems a little envious. 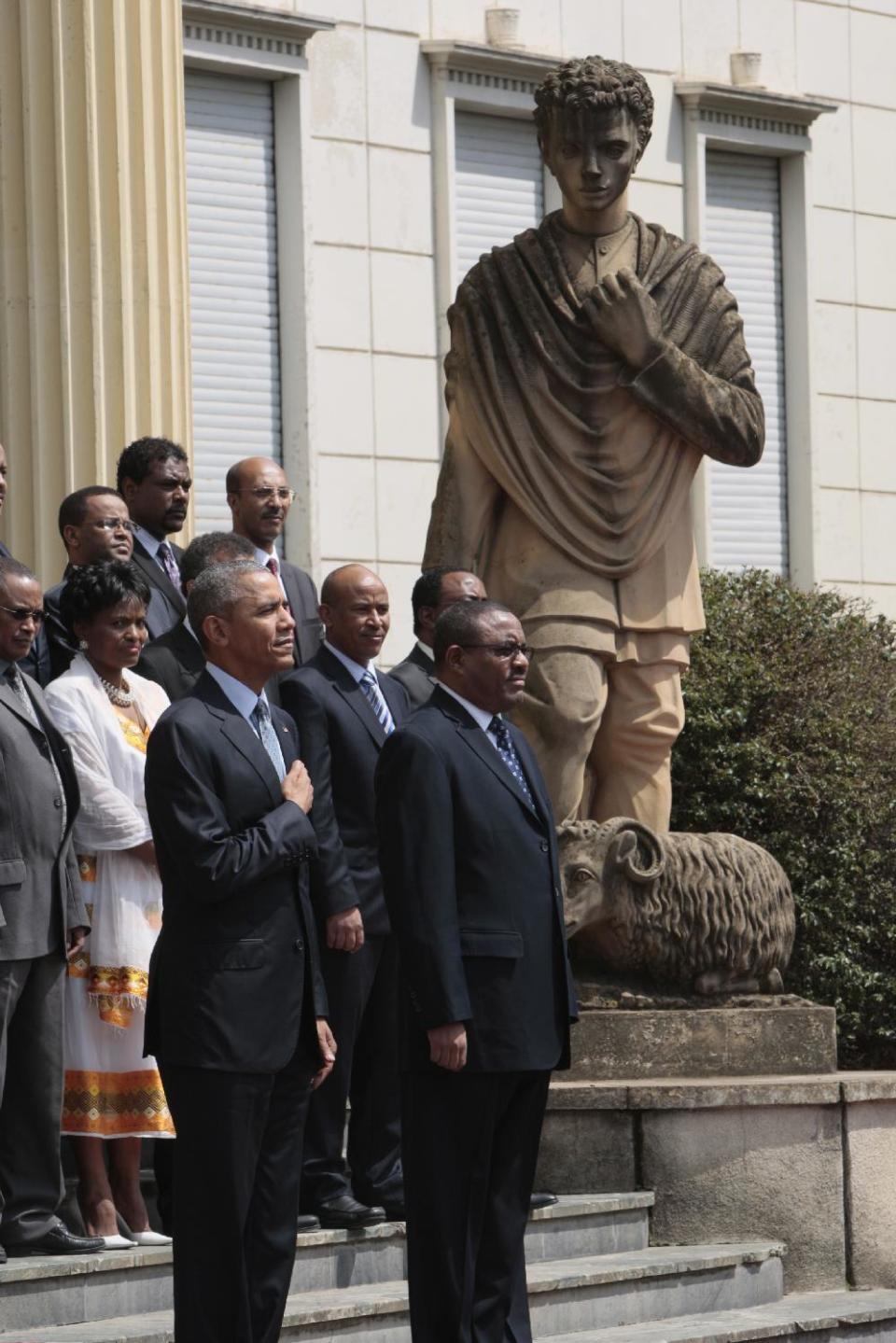 The president opened a news conference with Ethiopian Prime Minister Hailemariam Desalegn on Monday by remarking with admiration on the rare Abyssinian lions that live on the grounds of Ethiopia's National Palace.

"I'm considering getting some for the White House — although I'll have to make sure my dogs are safe," he said. 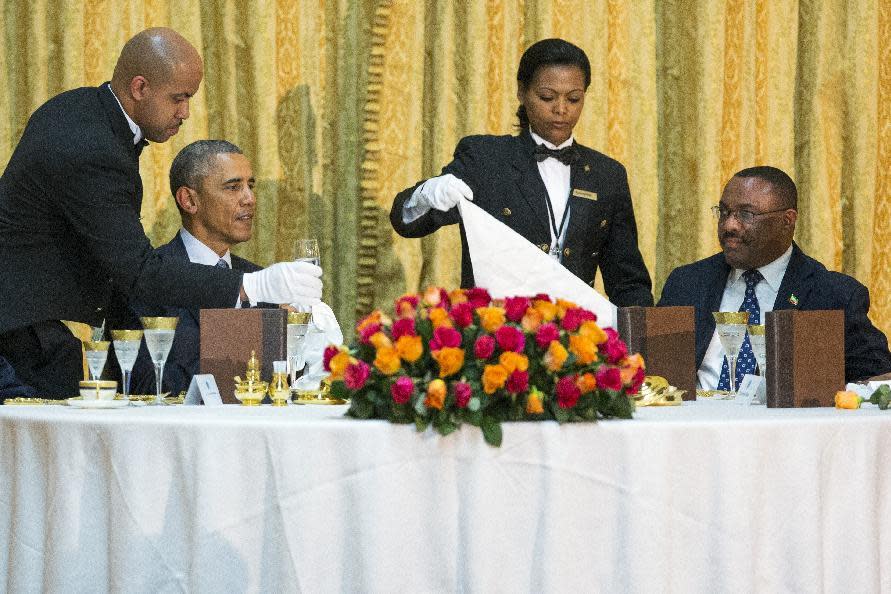 President Barack Obama and Ethiopian Prime Minister Hailemariam Desalegn, right, are waited on during a state dinner, Monday, July 27, 2015, at the National Palace in Addis Ababa. Obama is the first sitting U.S. president to visit Ethiopia.

The Abyssinian lions, famed for their black manes, have long been associated with the imperial dynasty of Ethiopia.

Ethiopia's last emperor, Haile Selassie I, used to call himself "the lion of Judah." The lion still appears on the local currency.