Things You Should Know About Obama's Car 'The Beast'

Obama is due to make his first presidential visit to the homeland of his father when he visits Kenya on Friday.

From Kenya, Obama will trace the Great Rift Valley northward to Addis Ababa, becoming the first US president to visit Ethiopia.

Obama's security cars have already arrived in kenya and his presidential car- "the beast" has been seen in Nairobi.

We take a look at the features of the presidential official car, and why it is of interest; 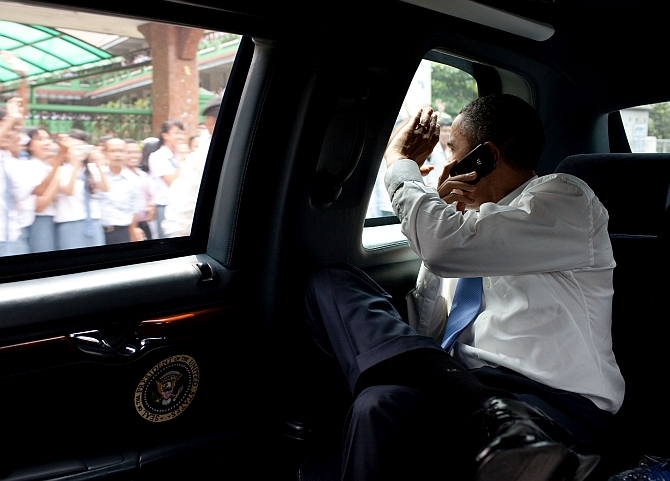 1. Windows. The windows on Obama’s limo are reportedly 5 to 6 inches thick, bomb-proof, and can withstand armor-piercing bullets.

The driver’s window is the only window that opens, at only 2.75 inches, so the driver can speak with secret service agents outside the vehicle.

2. Doors. The doors are armour-plated and 8 inches thick.These doors are the same weight as a Boeing 757 cabin door. An additional safety feature includes steel overlaps between the seams to protect against bullets entering in the space between the doors and body.

3. Passenger section. The area in which Obama rides is a space of both security and luxury. This section generously seats four and includes a glass partition that can only be opened by President Obama as well as a panic button for summoning help.

Obama can still work and stay connected safely on his fold-away desktop that includes a laptop with secure Wi-Fi capabilities and a satellite phone with a direct line to the Pentagon and the Vice President.

4. Interior: The interior of Obama’s limo is completely sealed in case of a chemical attack. Another safety feature that may possibly be included on the car is a lock-safety mechanism that, in case of emergency, seals off the entire car similar to how a bank vault can be locked during a robbery.

5. Driver. Obama’s driver is not just a regular chauffeur, but a CIA agent specially-trained for situations ranging from driving during challenging situations to regular types of mechanical break-downs as well as how to handle any emergency that may come up. The driver also has access to helpful equipment such as a communications system and GPS unit in his compartment. 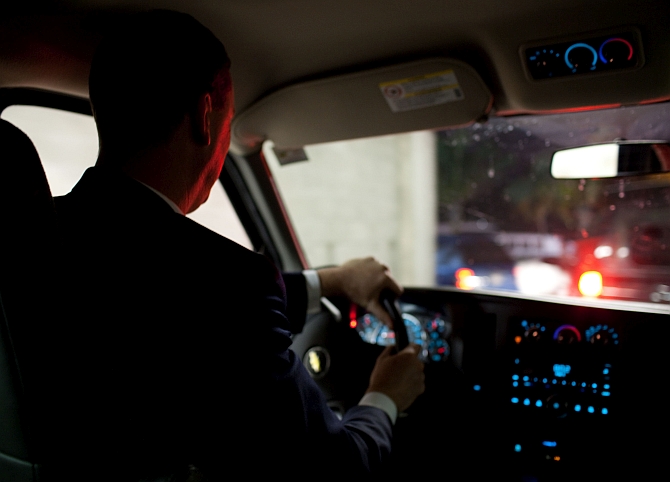 6. Defense equipment. In case Obama comes under attack while riding in his limo, there are several pieces of defense equipment rumored to be on board. Night-vision cameras, pump-action shotguns, and tear-gas cannons are among some of those weapons speculated to be included.

7. Extra blood for the president. If Obama is injured during an attack while in the car, there are supposedly bottles of the president’s blood in case he needs emergency transfusions. 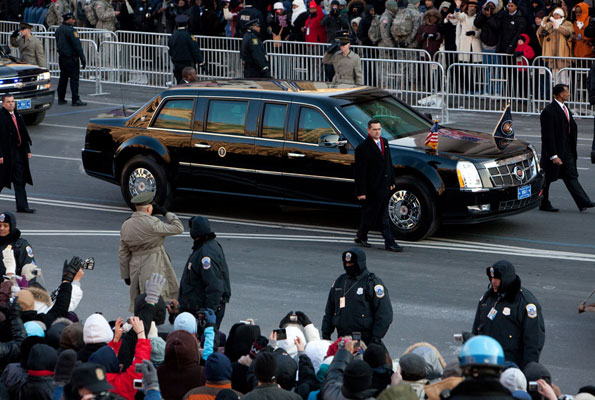