Semayawi (Blue) party said about eighteen of its members has been detained since last week Friday.

The opposition party, Semayawi, accused the government of targeting its “energetic and popular members.”

The allegation followed the incarceration of the party’s officials and members in three parts of the country, including Addis Ababa.

Six Semayawi candidates, for the May 2015 elections are among the about a dozen members detained last weekend in West Gojam zone and North Shewa zone, according to the party.

Another seven members, including two party officials, Debre Ashenafi and Merkebu Haile, are detained as of last Friday in Addis Ababa.

The latter were brought to court, in two groups, on Monday and Tuesday. 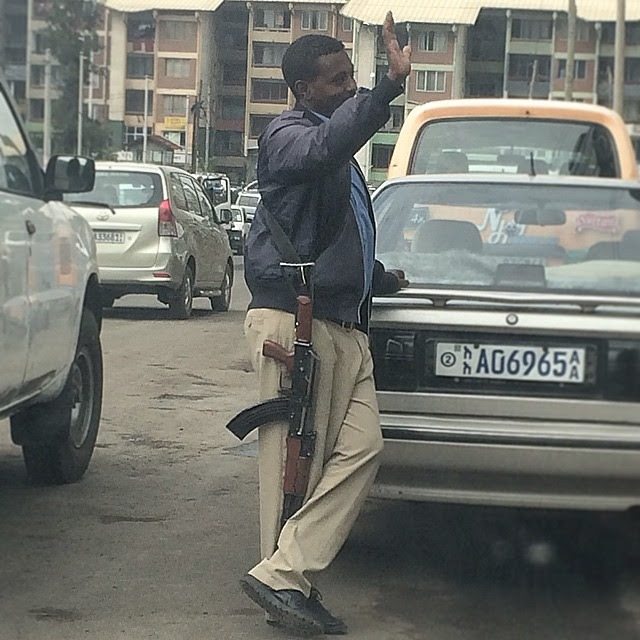 According to Semayawi party’s report of the proceedings, the police alleged, in both cases, that the detainees are suspected of secretly organizing to stage a demonstration during US President Barak Obama’s visit.

President Obama is expected to visit Addis Ababa next week.

Semayawi’s spokesperson Yonathan Tesfaye said, in a phone remark to HornAffairs, “there is no plan to hold a rally. They are just paranoid”.

Yet, the party have a history of challenging the authorities on the issue of demonstrations.

Ethiopian law merely requires demonstration organizers to notify the municipality 48 hours in advance. However, in the last decade, it has become a norm to seek a permit paper, which is often denied.

In the past two years, Semayawi party had a couple of showdown with the authorities as it insisted on going ahead with its planned rally despite the latter’s objection.

The court remanded the detainees to police custody until the end of the week, though police requested a longer time for investigation.