Donald Trump has been accused of sexism after he praised Brigitte Macron, the wife of the French president, for being in “such good shape”.

Trump made the comment during his first state visit to France when he met French president Emmanuel Macron,39 and his wife,64 at Hotel des Invalides.

After a tour, Trump turned to the French first lady, gestured with his hands toward her and said:

“You’re in such good shape.”

He then repeated the comment to French president saying

She's in such good physical shape"

Trump turned back to Brigitte Macron again and said: “Beautiful.” Her response was unclear. 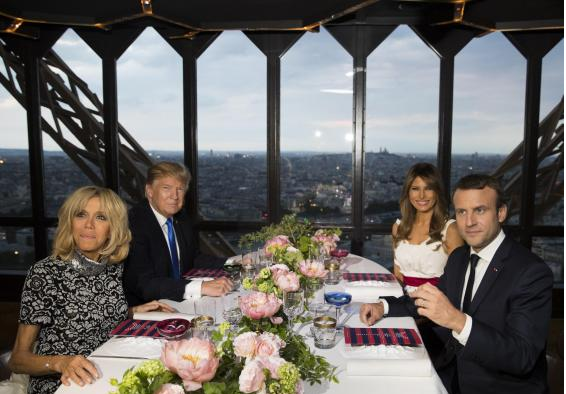