For 4,500 years, ancient humans kept on coming back to one cave in Ethiopia. It's a roomy enclosure at the base of a limestone cliff, but its natural qualities were only one part of the story. People used the cave to store reddish stones rich in iron oxide, and then they turned those stones into different colors. A new study suggests that the cave, called Porc-Epic, was the world's first art studio.

Near the city of Dire Dawa, Porc-Epic has long been a focus of study because of the variety of rocks characterized by a red or yellow color or streak, known as ochre, found there. Over 4,000 pieces of ochre have been discovered at Porc-Epic and currently reside in a museum in Addis Abba. There, they were studied by Daniela Eugenia Rosso of the University of Barcelona in Spain and Francesco d'Errico and Alain Queffelec of the University of Bordeaux in France. 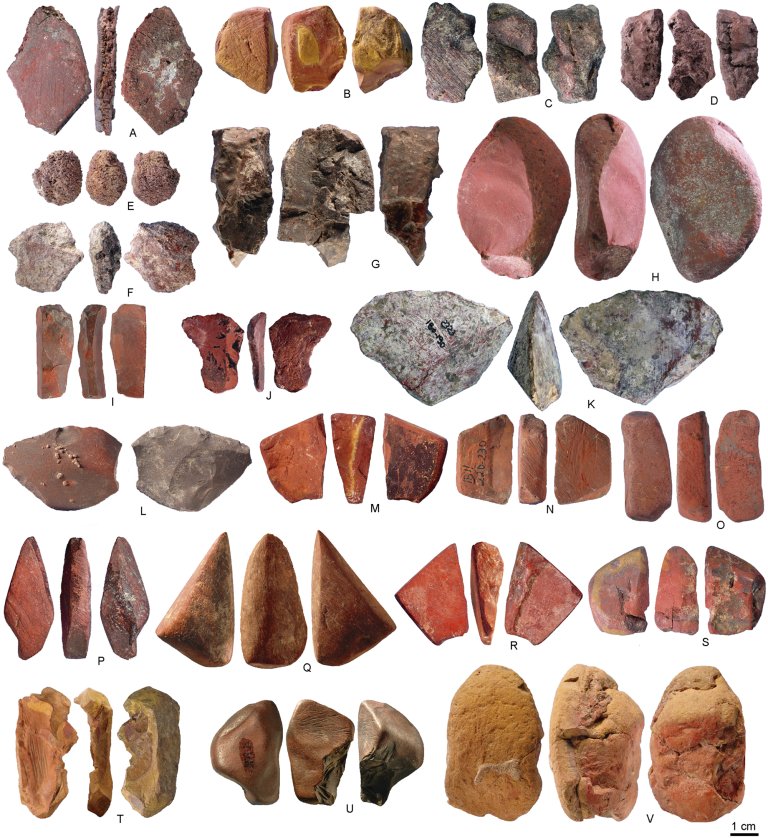 Ochre had any number of uses in the ancient world, including hide tanning, adhesive production, insect repellent, antiseptic treatments, and protecting oneself from the sun. Ochre pieces are "one of the most controversial features found" at any ancient site, Rosso and her colleagues say, because it can be hard to determine if its use was utilitarian, symbolic, or a combination of the two.

However, there were so many ochre pieces at the site that the three feel they can safely conclude that Porc-Epic was "largely shared by all community members and consistently transmitted through time." The cave was passed down from generation to generation, with processing techniques changing over time and reflecting new cultural situations. "Evidence for the grinding of ochre to produce small quantities of powder throughout" the cave, the researchers say, shows definitively that at least some of the ochre was used for "symbolic activities" throughout the generations.

"Of course," the scientists say, "this conclusion does not imply that all ochre powder produced at the site was used for symbolic activities." But finding, for example, a "round pebble with half its surface covered with ochre and no use-wear" suggests that the ochre pieces were being used for paint, with likely possibilities including body paint and official stamps.