Home | News | Unbelievable: Girl Shows Up For Prom in Coffin

Unbelievable: Girl Shows Up For Prom in Coffin

Megan Flaherty, 17, from New Jersey, arrived at Pennsauken High School’s junior prom on Saturday lying flat in a coffin and driven there in a hearse.

Megan slid out of the coffin as her stunned classmates looked on. Her date, Stephen Caldwell, who had not arrived in a coffin, then took her hand, and the pair walked into the party .

Megan told local news site NJ.com that her extraordinary entrance was mostly about having fun. But it wasn’t totally random either. 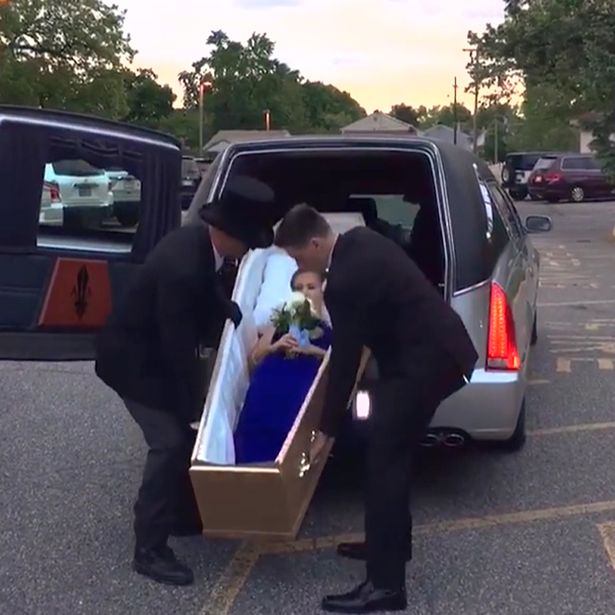 “I made sure my prom date was OK with it,

“I don’t think they were really processing it. I’m a quiet person in school, so people didn’t expect it.”

While most people saw the humour behind the idea, some have criticised Megan’s decision. They’ve called it “insensitive” and “tasteless”.

“Anything people do these days, people judge it,” she said. “People have opinions.”