Aaron Hernandez's fiancée and their daughter were pictured for the first time today since the convicted murderer's suicide. Shayanna Jenkins-Hernandez  27, carried a car seat for her four-year-old daughter Avielle and was accompanied by a friend as she left her mother Jodi's house in Bristol, Connecticut.

The usually immaculately turned-out Jenkins-Hernandez appeared tired and drawn as she left the row house shortly before sunset. 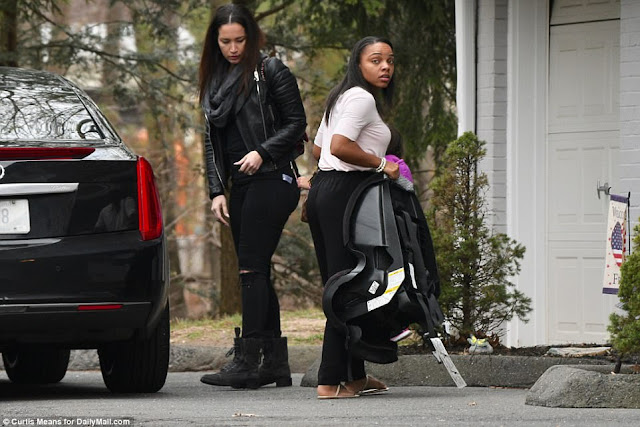 Earlier in the day, DailyMail.com discovered Hernandez had been plotting his suicide for some time, giving away all of his possessions to other prisoners before he was found hanged in his cell alongside three handwritten notes. He had also soaped the floor of his cell so that he would not be able to stand if he changed his mind. 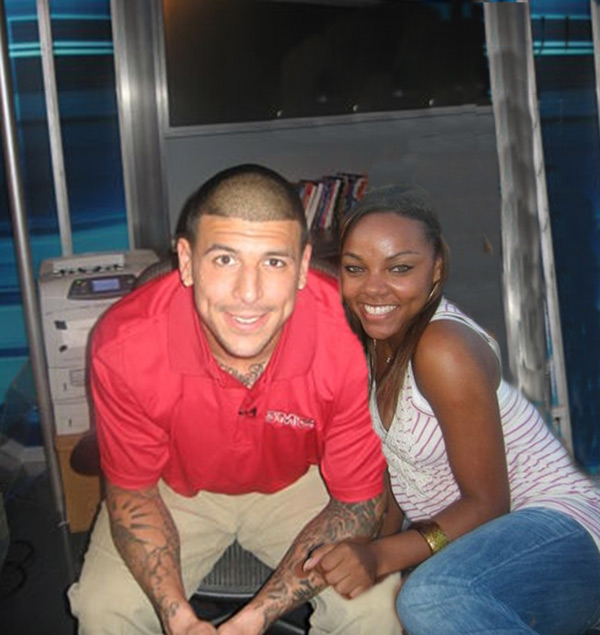 Jenkins-Hernandez started dating Hernandez in high school, and the pair continued their on-again-off-again relationship into college and beyond.

They kept the relationship going even after he left her behind to attend the University of Florida while she went to community college in their home town of Bristol, Connecticut.

She was by his side throughout his time in the NFL, even adopting his last name, and in October 2012 - during the baby shower for Avielle - he proposed marriage. 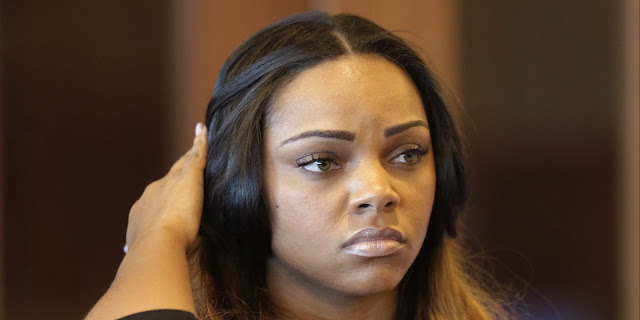 Then, in 2013, Hernandez was accused of the murder of semi-pro football player Odin Lloyd - a crime for which he would be found guilty two years later

Jenkins-Hernandez stood by her man throughout the trial, and appeared as a witness for the defense - which is believed to have led to the sisters becoming estranged.

She also appeared throughout his trial for the 2012 murders of Daniel de Abreu and Safiro Furtado, for which he was found not guilty just days before he killed himself.

His death has officially been ruled a suicide.