Saudi Woman fleeing her abusive family is 'detained, bullied and forced to return'

A Saudi woman was reportedly detained at Manila airport where she was wrapped up like a mummy and forced to return home as she tried to seek asylum in Australia.

Dina Ali Lasloom, 24, was said to be travelling from Kuwait when she was intercepted in the Philippines on a stopover by authorities.

According to reports, Dina chose to escape her homeland to live as a refugee in Australia where she hoped to receive asylum.

Her story has come to light after a fellow passenger witnessed what she went through,recorded it .At the moment, #SaveDinaAli has been set up on Twitter. .Read what happened below according to a petition for her release.

She fled Saudi Arabia because of abuse from her family according to sources. On Manila airport she was addressed by a man working for the Saudi embassy who said she could not continue to Australia and they confiscated her passport. Philippine police detained Dina in the airport while they waited for her family to come get her.

During this time, Dina made contact with a girl from Canada who helped her send a message to the world on Twitter.

In the video, Dina pleads for help and says that if her family takes her back to Saudi Arabia, she will be killed. When Dina’s uncles arrived with a plane to the airport in Manila they violently assaulted her, tied her hands and feet, taped her mouth closed and covered her with sheets, then forcefully dragged her into the plane back to KSA. A stewardess on the plane has witnessed that she did not know if Dina was alive or not during the flight. After the plane landed in Saudi Arabia witnesses say Dina was taken in a wheelchair to a women detention facility. She will possibly face a lifelong prison sentence or death for trying to flee from her perpetrators and wanting to have her human rights. 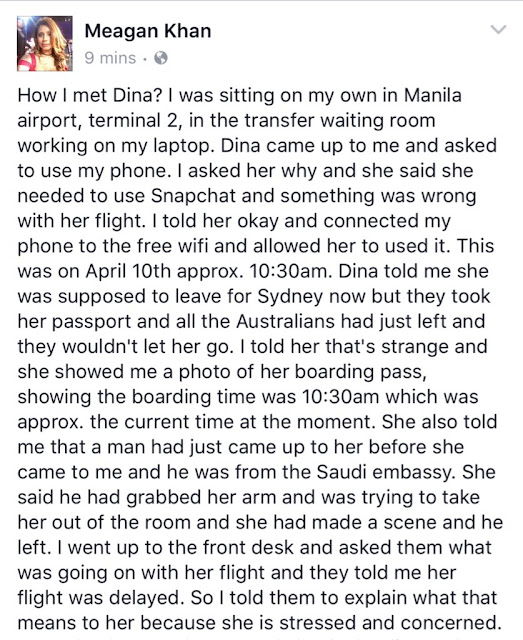 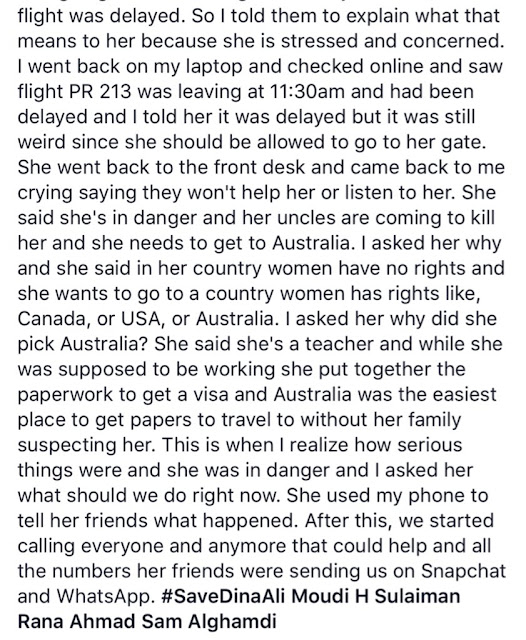 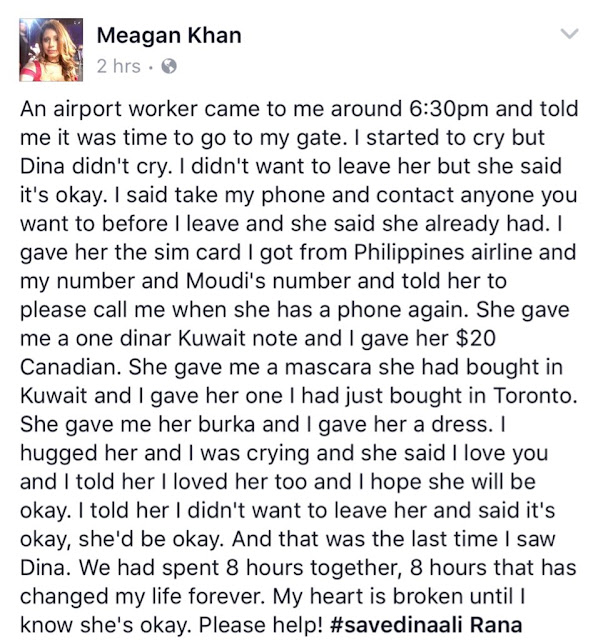 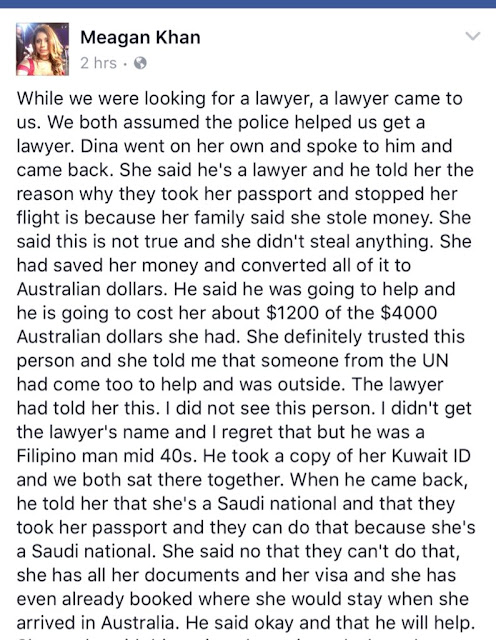 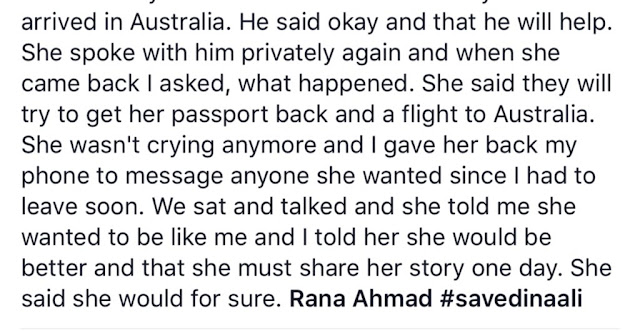 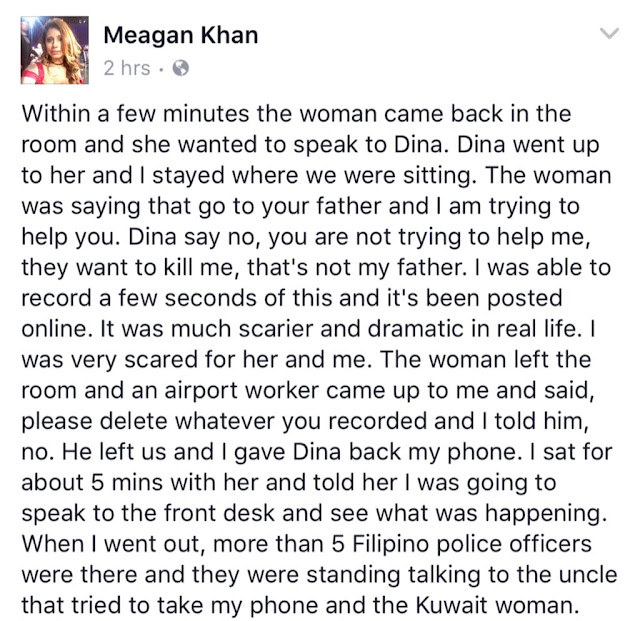 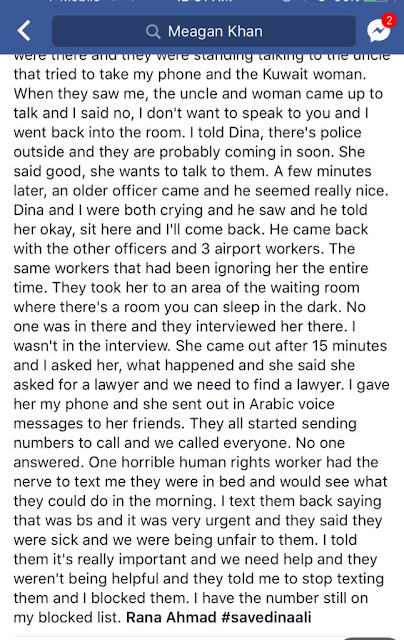 #SaveDinaAli this is happening now in Philippines airport they want to send her back to people who wants to kill her @hrw @UN pic.twitter.com/lwENHq6wVT

SA doesn't only ban adult women from traveling without male permission they hunt them down if they do.#SaveDinaAlipic.twitter.com/6UGDBNYPCK