Aida Muluneh Explores Ethiopia’s Past and Future Through Body Painting

Aida Muluneh spent a peripatetic childhood in Yemen, England, Cyprus, Canada and the United States before settling in the States to study and become a photojournalist. She returned to Ethiopia, the land of her birth, about a decade ago, where her work addresses issues of women, African identity and the connection between heritage and homeland. Her photos feature decorative body paintings that reflect Ethiopian culture or traditional fabrics and baskets and reflect her own life’s journey.

“We exist between the anxiety of the unknown future and the nostalgia of the familiar past,” Ms. Muluneh said. “We bear the burden of our duality.”

She is among the artists in “Afriques Capitales,” which is on view from March 29 to May 28 in Paris, before it travels to Lille, near the French boarder with Belgium. The show — a subset of the “100% Afriques” festival — is a sampler of the continent’s contemporary artists, from Akinbode Akinbiyi to Hassan Hajjaj to William Kentridge. The works are exhibited within the iron-and-glass cultural center in the Parc de la Villette — once the site of a slaughterhouse — and outside, in the park itself. 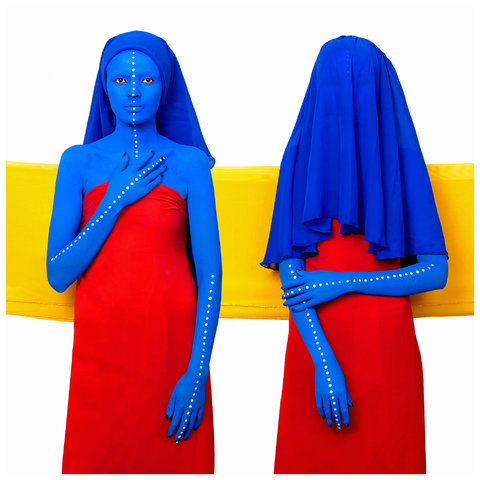 Ms. Muluneh was born in in Ethiopia in 1974, but her mother soon took them out of the country after the ouster of Emperor Haile Selassie. They moved often in search of a beter place to live to provide a good education for Ms. Muluneh. At 18 years of age, Ms. Muluneh moved to the U.S. to study film at Howard University and, later, worked at The Washington Post. She moved to Addis Ababa a decade ago – fulfilling a wish of her mother’s – and led the biennial Addis Foto Fest in 2010. She is currently the managing director at Developing and Educating Society Through Art for Africa, which fosters cultural partnerships. 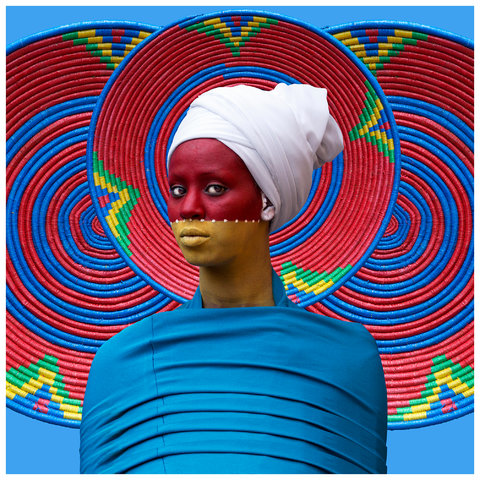 “It took me a long time to understand that culture is soft power,” she said. “Looking at activities in my city, the same issues that we deal with here echo across the continent, and at times across the world.”

Her past has influenced her current artistic process. “Most of my studio work is based on the daily experiences that I have documented through my journalistic work,” she said.

The prevalence of decorative body painting in her images — stark whites, vibrant reds, azure blues, monochromes sometimes delicately dotted with black — are rooted in Ethiopian tradition and custom. Against a backdrop of globalization, this waning tradition is revived and celebrated as a form of a contemporary self-expression. Her models, which include local fashion designers and make-up artists, provide a canvas for what she wants to express, but remain open-minded participants in the process. “I am often drawn to not just the beauty but also the imperfections of this life,” she said.