Home | News | WHO is Electing a New Leader. Here’s What You Need to Know

WHO is Electing a New Leader. Here’s What You Need to Know

A look at member states’ considerations, candidates plans for the future of global public health management and contemporary issues for the WHO.

Geneva, Switzerland: “Are you a political person?” one of the nominees for the position of director general (DG) of the WHO was asked recently. This question and the response to it is near central to understand what it means to lead the UN’s only policy-setting body. The role of the DG of the WHO is as much technical as it is political.

“Politics is about looking at the way in which power influences people and it is about using power to change their situation. We must always be skilled at engaging with all kinds of politicians to ensure that in the process they use their power for the political good,” David Nabarro, one of the nominees, told a motley crowd of international development folks that had gathered in Geneva earlier this month.

Whether it is leading coordination during emergency outbreaks or easing the access to medicines, setting standards for everything from dosage of vaccines to recommendations on salt consumption, or balancing the interests of developed countries – also its biggest funders – with those of the developing world, the actions of W.H.O affect everybody.

New political realities on either side of the Atlantic, the roles of specialized agencies, including product development partnerships, and the increasing power of philanthropes are continuously changing global health. Even so, the Geneva-headquartered WHO continues to play a pivotal role.

The expectations from WHO are exhausting – rallying support for universal health coverage worldwide, leading actions on climate change in the context of Sustainable Development Goals (SDGs), shaping an agenda on global health security and ensuring cheaper medicines, to name a few. The need for decisive leadership for the 7,000 strong organization with staff in over 150 countries is crucial, given current and future challenges.

The unofficial prevailing chatter in Geneva puts Ethiopian candidate Tedros in the lead, for now. A former foreign minister, who has also been chair of the board of The Global Fund, Tedros was also the health minister for Ethiopia. One observer in Geneva said, “He knows how money works and he can pick up the phone and call anyone because of his experience as both foreign minister and health minister”. It is understood that he is the preferred choice for some of the big member states.

Tedros has stated that “political buy-in” must come from the ground up and not in New York or Geneva. Pushing for universal health coverage, emergency preparedness and emphasis on women and children are top priorities for Tedros, who has a PhD in community health. He is the only non-medical doctor among the three candidates. His political experience is being seen as very valuable.

It is largely expected that the 54-member African Union will vote as a bloc for him, but that is not definite. Some believe the criticism of Ethiopia’s human rights record may be a factor. “Tedros cannot take any support for granted,” one expert said. 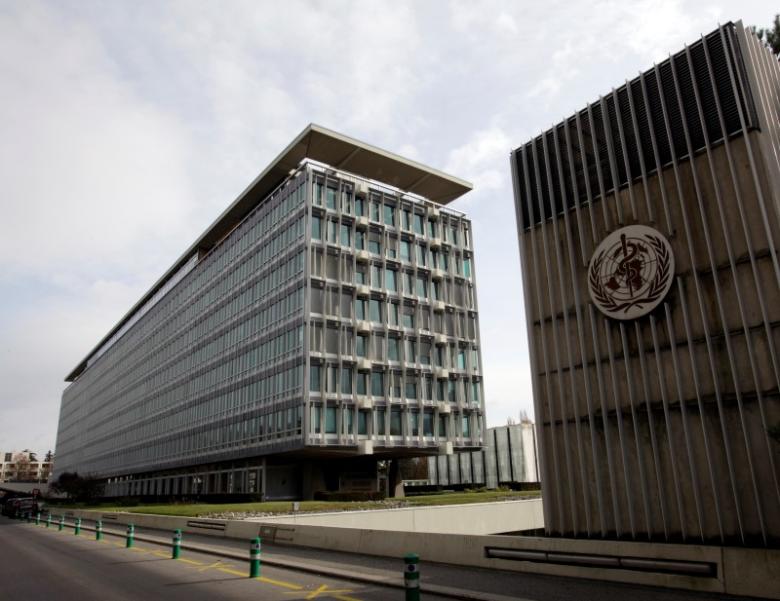 The WHO headquarters in Geneva

Nishtar is being seen as a “dark horse” or “the silent winner” in the race. Nishtar, a physician cardiologist, has also been a federal minister and has been on the board of immunisation agency GAVI – The Vaccine Alliance. She sees herself “a change-maker” with experience in governance and management, and is proud of her stint as “a minister in a country with 200 million people”.

She is largely acknowledged as a great communicator, fluent with details. Although popular, many are giving her only “an outside chance” to win.

Political considerations might not fetch her the required votes, experts feel. “It might be difficult for her to get the required votes in the first round, because of the anti-Muslim attitude of the current US government (main donor of WHO) and because of Pakistan being part of a rather small WHO region (EMRO, Regional Office for the Eastern Mediterranean)” one observer said.

Every country is hedging its choices, it is impossible to categorise votes at this stage, experts say

Largely seen as an insider, Britain’s Nabarro, a well-experienced UN-diplomat and a trained medical doctor, knows WHO “inside out”. He is the special advisor to the UN secretary general on the 2030 agenda for sustainable development and climate change. He has been deputed to battle a host of issues including avian and pandemic influenza, and combating Ebola. He has also been associated with initiatives on promoting food security and ending malnutrition.

Although he won the least number of votes of all the three current nominees in the previous round, where the EU vote was reportedly divided between France’s Philippe Douste-Blazy and Italy’s Flavia Bustreo, Nabarro could come up from behind in May.

In fact, one observer told The Wire that the northern countries see this as a last chance to reform WHO and hence are putting all their weight behind him. Nabarro is seen as able and proven.

But it is not clear if he is indeed a preferred choice. The Brexit vote may not help EU member states to align with him, experts say. Much will depend on the final decision of the big member states and the individual negotiations that candidates reportedly have with countries.

All three nominees are seen as very competent, but they do not differ significantly in their fundamental beliefs and priorities for the WHO. There is an emerging view that none of them have so far expressed being strong enough in their intentions to challenge member states if needed, once they are elected. The Wire reached out to all three nominees but received no responses at the time of publishing.

The question now is as much about who will win as it is about how he or she will deal with some of the challenges, once elected. So what are the key issues for the WHO, beyond these elections?