Epiphany Celebrated in Ethiopia - In Pictures

The annual Timkat festival, an Orthodox Christian celebration of Epiphany, remembers the baptism of Jesus in the Jordan river. During the festival, tabots, models of the Ark of the Covenant, are taken from churches around the city of Gondar and paraded through the streets to Fasilides Bath. 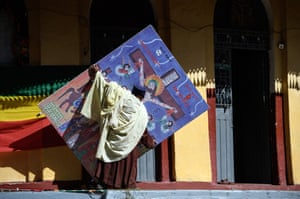 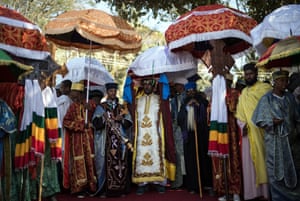 Orthodox priests carry a tabot, a model of the Ark of the Covenant, on a procession through Gondar 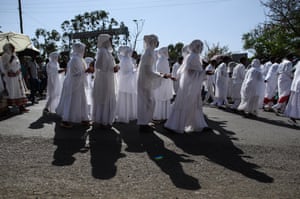 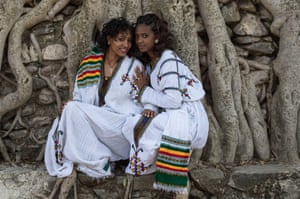 Two women pose by the trees before the festival begins 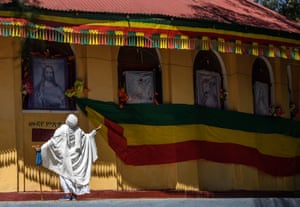 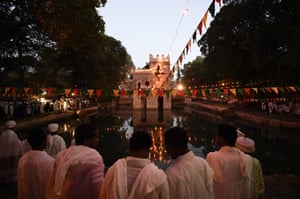 Members of the clergy attend mass at Fasilides Bath, a swimming pool filled specially for the occasion 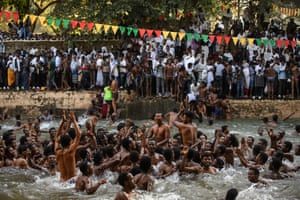 The pool was commissioned by Ethiopia’s 17-century emperor Fasilides 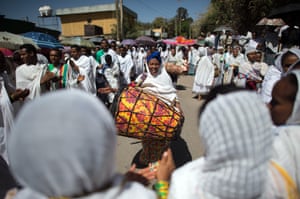 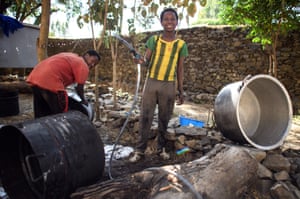 Boys clean large cooking pots in preparation for the festival 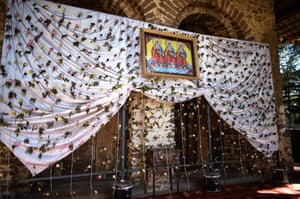 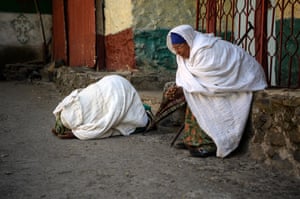 Women pray in the grounds of a church 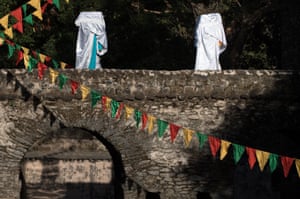 Priests carry tabots into the tower at Fasilides Bath 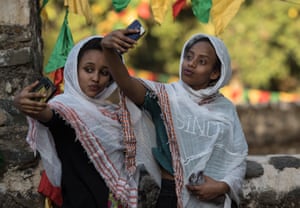 Women pose for a selfie during the celebration 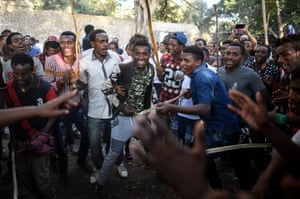 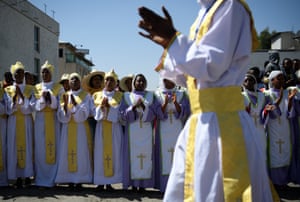 Worshippers sing and clap during a procession 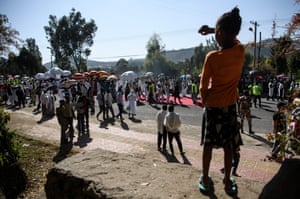 A young girl watches the procession 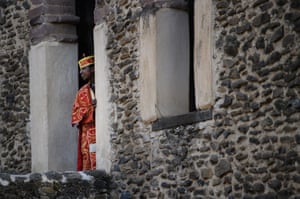 A trainee priest looks out from the tower at Fasilides Bath 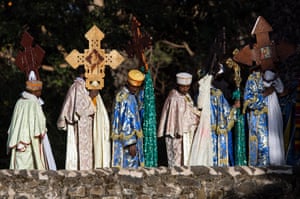 Priests queue to enter the tower 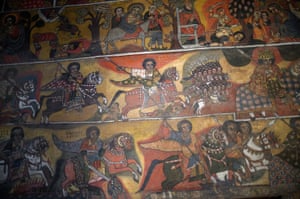