President Paul Kigame of Rwanda has asked the country’s parliament to set a deadline for the county’s reliance on donor funding reports Kigali Today.

“The issue of relying on others to pay for things that benefit us. It is really a question of dignity.” Said President Kagame during his State of the Nation address at the opening of national dialogue

Rwanda finances up to 66 per cent of its budget, while lenders and donors finance the remaining 34 per cent. 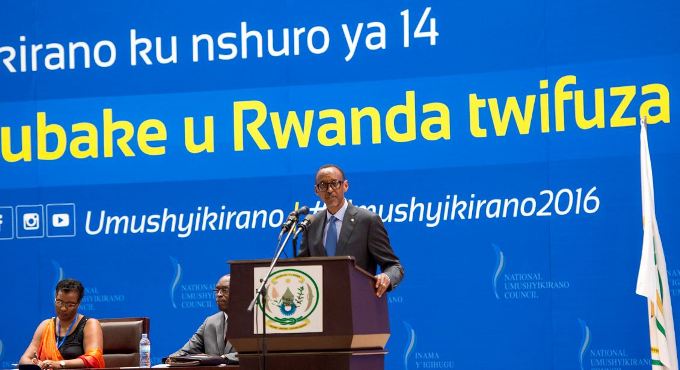 “We are at a point in our development where we can get this done if we really put our minds to the task,” President Kagame said while addressing

President Kagame proposed a model where aid beneficiaries are allowed to contribute to the development process, the president addressing over 2,000 participants, including members of the diplomatic community.

“Therefore, among the decisions of this Umushyikirano (national dialogue), we should resolve to set a deadline, which should come sooner rather than later, after which Rwanda will no longer be waiting for what others hand out to us.” Said Kagame