One place besides Miami where few tears will be shed over the death of Fidel Castro is Somalia, where his military involvement left a mark.

In the mid-1970s, Castro and former Soviet leaders were celebrating what looked like the emergence of another socialist leadership following the rise of the Derg regime in Ethiopia. Somalia had already been declared a socialist state and had hosted a large presence of Soviet and Cuban military advisers and trainers.

In early 1977, Castro brought together the leaders of Somalia, Ethiopia and southern Yemen to create greater socialist federal states in the region. General Mohamed Nur Galal was the former deputy defense minister of Somalia and the focal point of Somalia’s military contacts with Cuba at that time. He was present at the meeting in Aden in March 1977.

“He [Castro] was representing the Soviet Union, although he did not say that at the meeting. He said Somalia and Ethiopia should join up, and said that Yemen will join up, too,” Galal said. 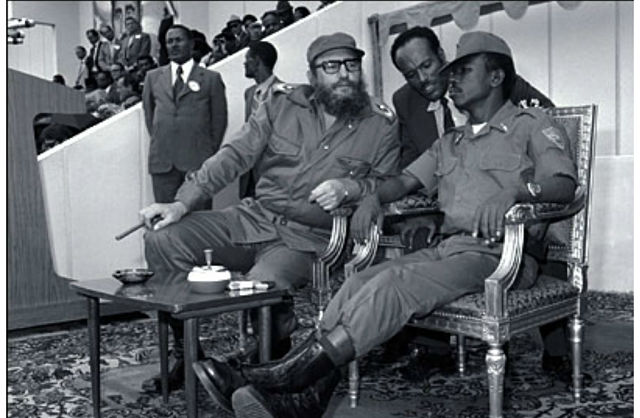 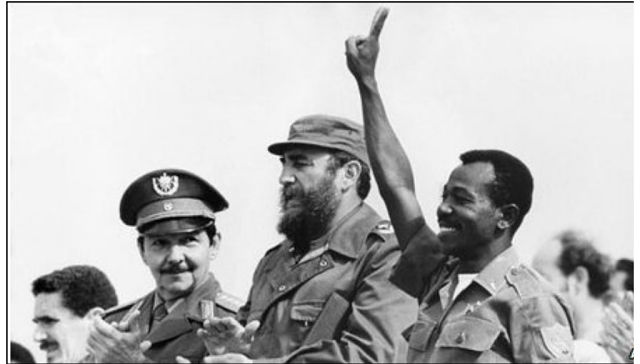 Mengistu Haile Mariam (right): Thousands were killed under the dictator’s “Red Terror” in Ethiopia where he was the chairman of the Derg, the Communist military junta that governed Ethiopia, from 1977 to 1991. (Getty Images)

According to Galal, Castro told them that the merger would create a strategic alliance that would control the Red Sea, Suez Canal, the Arabian Gulf and the Indian Ocean.

Castro also explained to the leaders that setting up the new alliance would bring another benefit to the region: solving the conflict between Somalia and Ethiopia over the ethnic Somali Ogaden region.

“We told him that this is about the self-determination of people, and if this federation is going to unite ethnic Somalis, we are up for it,” Galal said.

The meeting ended without progress. At the time, Somalia was already in an advanced stage of a military buildup to take the Ogaden region, regarded by the Somali government as a territory “occupied” by Ethiopia.

When Castro learned of Somalia’s plans, he flew to Mogadishu and met his counterpart, dictator Mohamed Siad Barre.

After the meeting, Castro reportedly said that Barre showed him the territories that he considered part of “Greater Somalia,” including northeastern Kenya, Ogaden and Djibouti, which was still under French control. 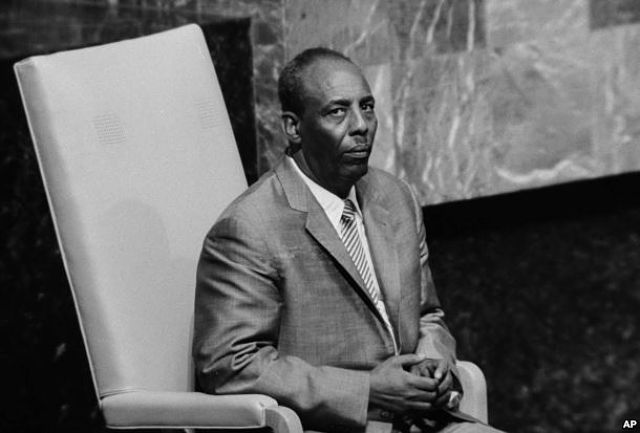 Castro reportedly described Barre as a “chauvinist … and someone who thinks he is at the summit of wisdom.”

Galal said Cuba had members of its Civil Defense System in Somalia and ordered them to go to Ethiopia. Castro also sent thousands of troops to Ethiopia.

By March 1978, Somali troops had suffered heavy defeats and were driven back to where they started the offensive.

The following month, members of the demoralized Somali military officers made a coup attempt in Mogadishu. Barre held on, but the officers who survived the purge escaped to Ethiopia to set up the armed rebels who would overthrow him 13 years later, in January 1991. Somalia has never recovered from the following state collapse.

“I read a book Castro wrote, saying he brought Somalia to its knees. … He was a bad man who hated Somalis,” Galal said. 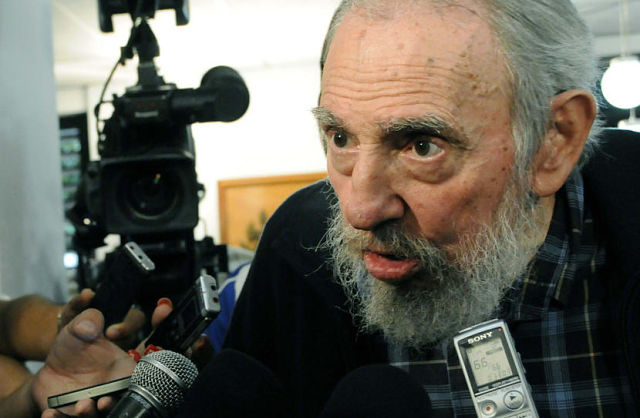 Fidel Castro, Cuba’s revolutionary leader and dictator who defied U.S. efforts to topple him for five decades, has died. He was 90. (Photo: MSNBC)

Fidel Castro, who led his bearded rebels to victorious revolution in 1959, embraced Soviet-style communism and defied the power of 10 U.S. presidents during his half-century of rule in Cuba, has died at age 90.

With a shaking voice, President Raul Castro said on state television that his older brother died at 10:29 p.m. Friday. He ended the announcement by shouting the revolutionary slogan: “Toward victory, always!”

Castro’s reign over the island nation 90 miles (145 kilometers) from Florida was marked by the U.S.-backed Bay of Pigs invasion in 1961 and the Cuban Missile Crisis a year later that brought the world to the brink of nuclear war. Castro, who outlasted a crippling U.S. trade embargo as well as dozens, possibly hundreds, of assassination plots, died 10 years after a life-threatening illness led him to turn over power to his brother.

Castro overcame imprisonment at the hands of dictator Fulgencio Batista, exile in Mexico and a disastrous start to his rebellion before triumphantly riding into Havana in January 1959 to become, at age 32, the youngest leader in Latin America. For decades he was a source of inspiration and support to revolutionaries from Latin America to Africa, even as Cubans who fled to exile loathed him with equal measure.