The search for a permanent home for the displaced Ras Kassa's Ethiopian Restaurant, which began almost two years ago before the celebrated eatery was ousted to make space for the slated Google campus, has ended in Lafayette.

The restaurant, which has earned itself a large following in Boulder through its 28 years of operations, will now continue operations under a 10-year lease agreement at 802 S. Public Road, a building also home to Pearl's Salon and Spa and Tokyo China.

Tsehay Hailu, who has owned the restaurant since 1988, says her customers who have remained loyal to her food have kept her going in her search.

"We would not have made it through these last months without having all of their incredible support," Hailu said Friday. "We have gone through all this happiness together — eating and cooking together.

"(The customers) will hopefully appreciate it, that something is opening," she added. "We needed to have a full restaurant and now we'll see what Lafayette will bring to us."

Hailu had been operating out of the Rodeway Inn & Suites Boulder Broker since earlier this summer. The longtime local eatery was ousted from its 3111 30th St. premises in March 2015 to make way for the planned Google campus. 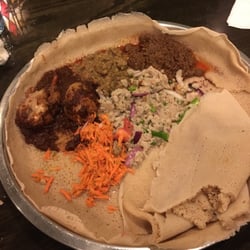 "The reason I rented to them is because I'm from Boulder and I know people that love it," Michel Dwyer, who purchased the building in August, said Friday. "I think there's a pent-up demand for them to open.