Home | News | Walk with Pilgrims on a Journey to Lalibela, Ethiopia's New Jerusalem

Walk with Pilgrims on a Journey to Lalibela, Ethiopia's New Jerusalem

From all corners of a nation they come, often walking for hundreds of miles barefoot: Ethiopian Orthodox Christians on a once-in-a-lifetime journey.

Their destination is Lalibela in the north of Ethiopia. A town of approximately 20,000 people, Lalibela's population swells five-fold in the first days of January, pilgrims converging to celebrate Genna (or Ledet) -- Christmas according to the Ethiopian calendar.

What they're here for is to take a path from darkness into the light; through 800 years of history and enter a "New Jerusalem" -- tangible, permanent and a UNESCO World Heritage Site.

But most of all, they're here for God.

Step into the 'New Jerusalem'

In the 12th century AD King Lalibela, Ethiopian leader and Christian, ordered the building of a second Jerusalem when the original was captured by Muslims in 1187 AD. The result was 11 interconnected churches, carved into the mountain by hand. But unusually, Lalibela's churches were dug straight into the ground. Hewn out of solid rock, perhaps best known is the Church of St George, shaped in a Greek Orthodox cross. 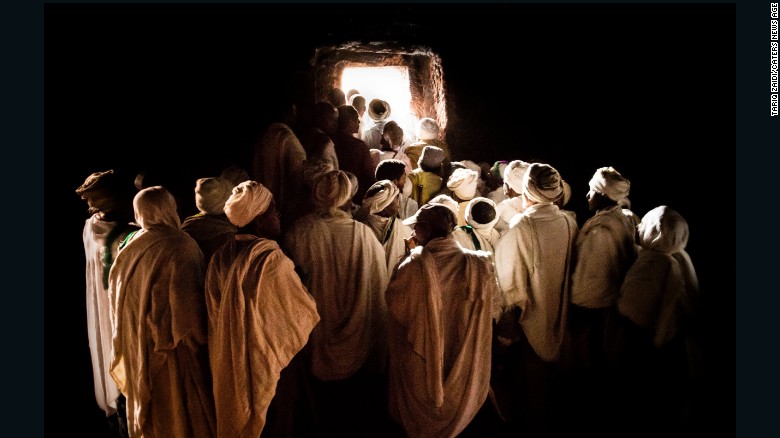 Nearly impossible to see at a distance, the impressive feat -- completed in 23 years -- provided a safe space for Christians to pray, hidden from Muslims invading from the North.

A concealed treasure in the Horn of Africa, photographer Tariq Zaidi deployed his camera as he followed the pilgrim route in and around Lalibela earlier this year.

"I'm astonished that everybody doesn't know about this place," he says, remembering that among the throng there were perhaps 100 foreigners. "It's a gem that is hidden at this point in time."

He recalls the majesty of the architecture and beauty of the region, but most of all its people.

"They're very poor, very humble," he says. "They come for the pilgrimage hopefully once in their life if they can afford it. Many people have walked across the country, with almost nothing with them." 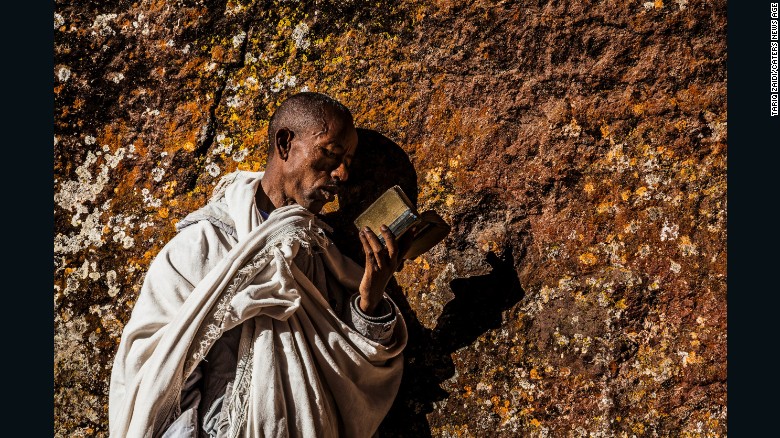 A pilgrim reading a bible and pressing his cheek to the holy walls of a church at Lalibela.

In the lead up to Genna, pilgrims, both men and women, sleep out on plastic sheets in a particular area of the town.

"Thousands of people are just lying there," says Zaidi. "[But] it's not like a refugee camp; there's an amazing atmosphere. They are singing and dancing, reading their bibles and prayer books. They're so happy -- ecstatic -- to be there and be part of this unique celebration."

Zaidi describes the local community coming out to help pilgrims, feeding them and even help wash weary feet. When the sun goes down, thousands of candles are lit and the praying continues.

"It's very beautiful, poetic -- even romantic -- in a way very few things in our world are," says Zaidi. "They all support each other." 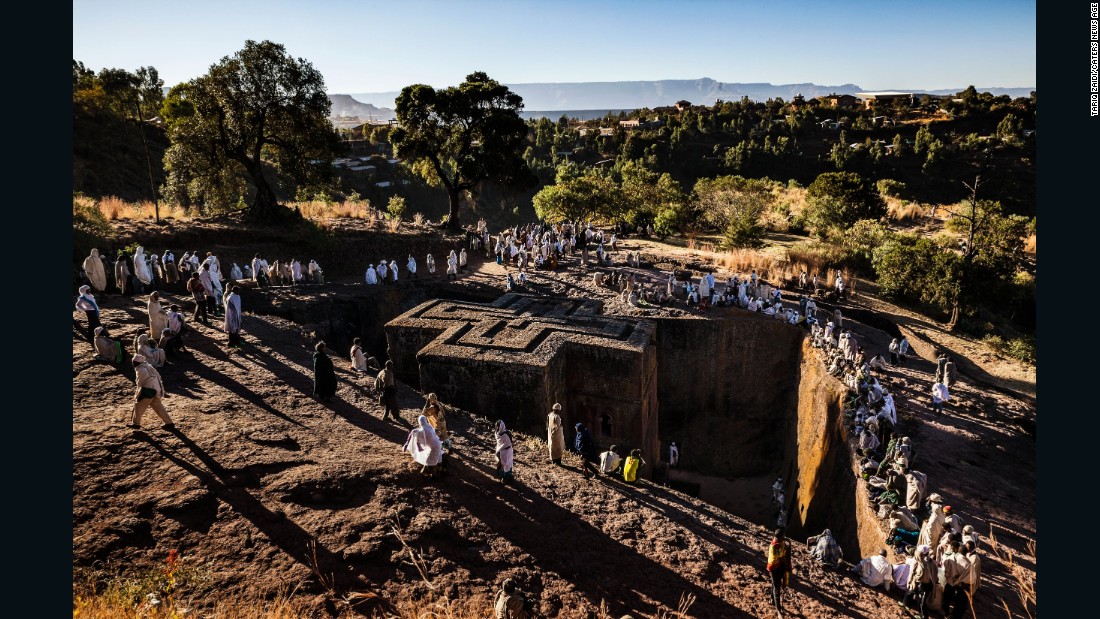 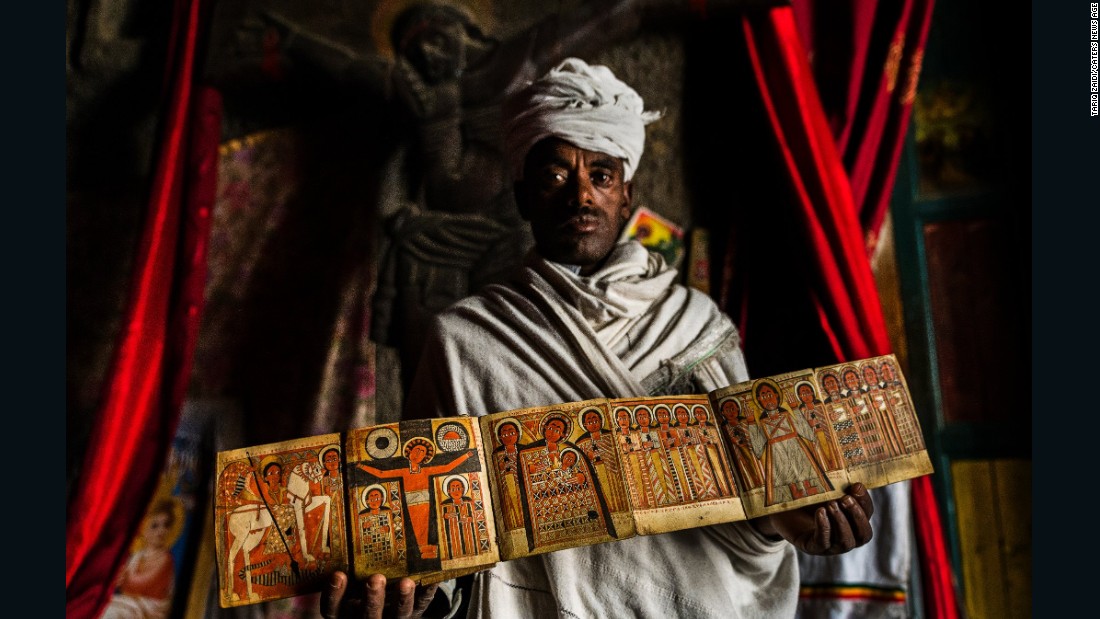 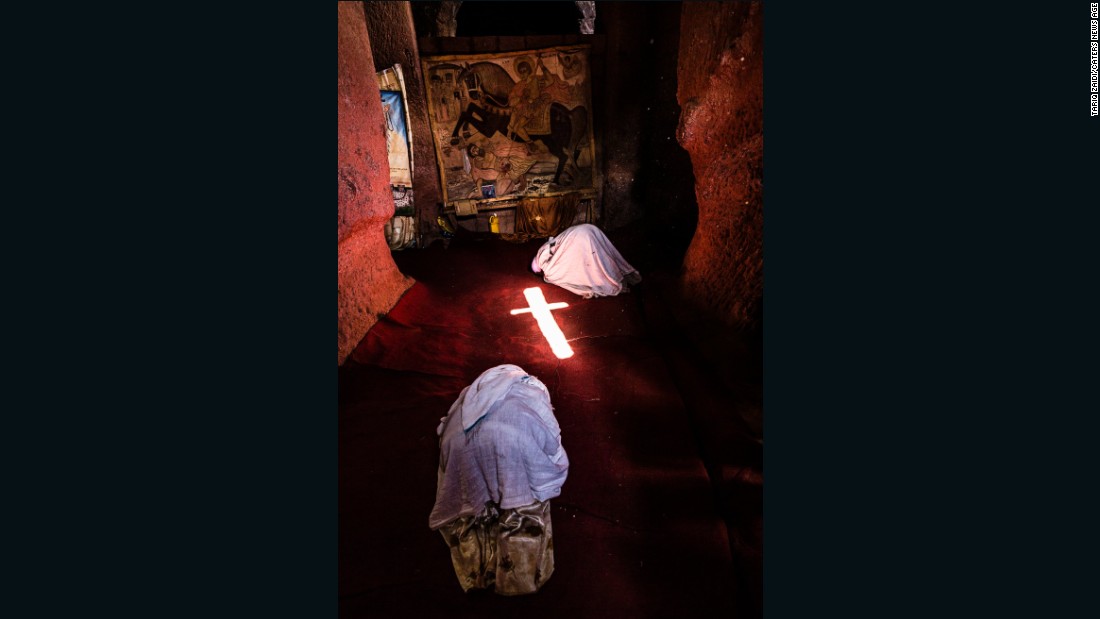 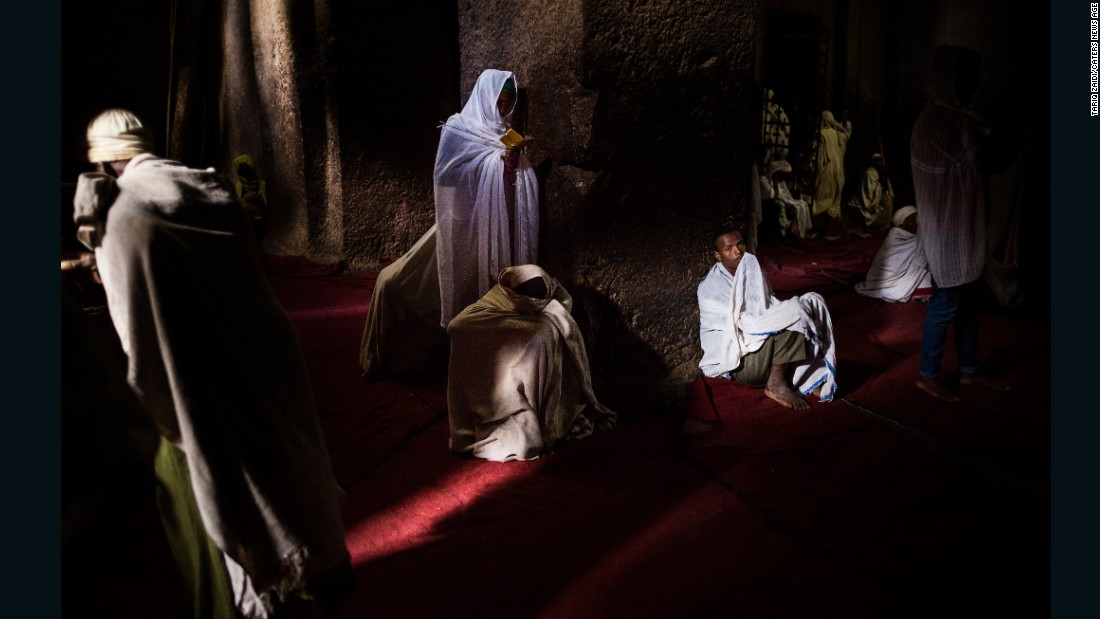 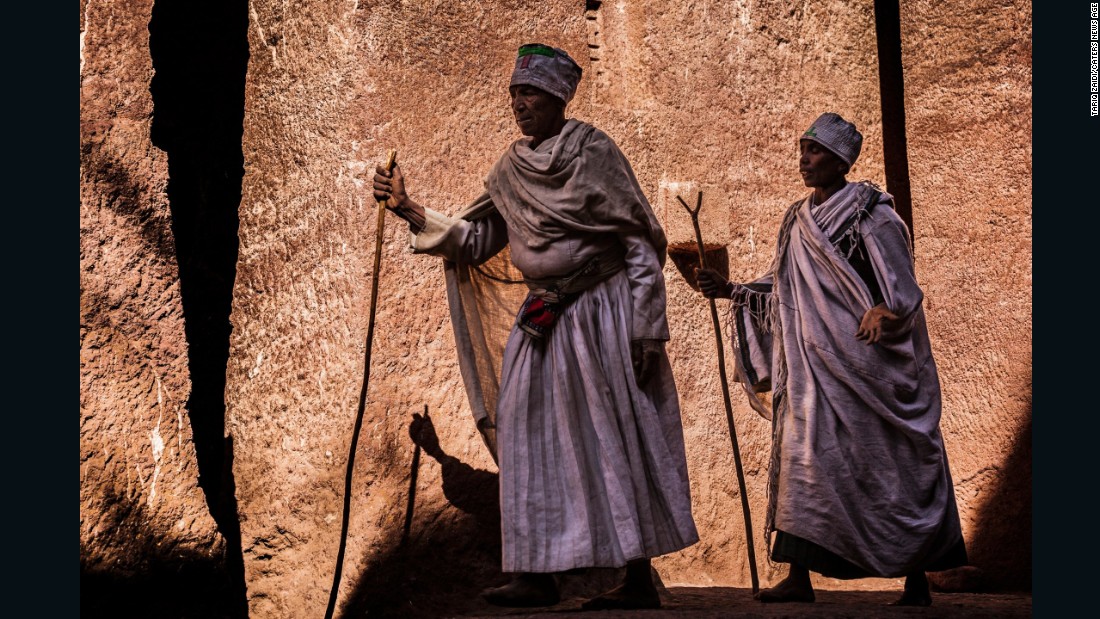