A 46 year old Nigerian man, Barnabas Chizoro Edohasim living in the UK has been charged to court for causing the death of his nine-year-old daughter, Olivia, by dangerous driving. According to Manchester news, the deceased died after the Toyota Auris estate car she was travelling in collided with a wall in Manchester Road, Altrincham, on May 7th. She was pronounced dead at the scene of the crash, while her injured 11-year-old sister was taken to hospital. 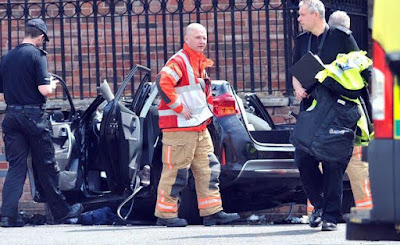 Following her death, Olivia's family described her as a "little bundle of joy" who "left a blaze of success in all that she engaged in".

"Chizoro Barnabas Edohasim, 46, of Huntspill Road, Altrincham, has today been charged with causing death by dangerous driving and causing serious injury by dangerous driving. Edohasim has been bailed to appear before Manchester and Salford Magistrates' Court on Wednesday 19 October 2016.