Eritrea Closes the Borders with Sudan

Eritrean authorities closed the borders with Sudan on Saturday after the Sudanese Ministry of Health issued an update about the cholera outbreak in the country.

In a statement on Saturday, the Sudanese medics reported the death of 475 people in the period between mid-August and 22 September. 10,215 people are reportedly affected. 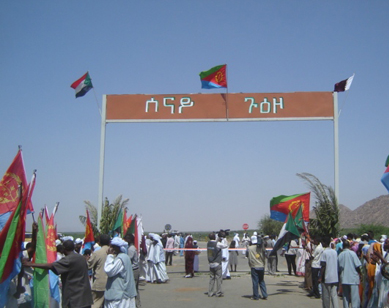 The disease spread in El Gezira and Khartoum in central Sudan, Nile River in the north, and Blue Nile, Sennar, Kassala, El Gedaref in eastern Sudan where thousands of Tigreans who are stranded in the country due to the political uprising in Amhara and Oromo regions in Ethiopia.

So far about 4060 Tigreans have left Sudan to Tigray state with the help Sudanese government through Mai Tsebri, Mai Kadra, Dansha, Humera in Ethiopia.