DC Peaceful Protest in Solidarity With Ethiopians at Home

This week a peaceful demonstration was held in U.S. capital by Ethiopian residents in the area to show solidarity with protesters in Ethiopia and to call on the American government to “cut off financial assistance” to the Government of Ethiopia.

According to Human Rights Watch “in Ethiopia, in August security forces repeatedly fired on generally peaceful protesters, bringing the death toll to over 500″ and “thousands more have been wounded and arrested.” HRW adds: “Since the government systematically restricts independent media and civil society, there has been limited reporting on the crackdown and inadequate international attention to this ongoing crisis.”

Below are photos from the DC protest, which took place on Monday, September 19th. All photographs are courtesy of Obang Metho’s Facebook Page. 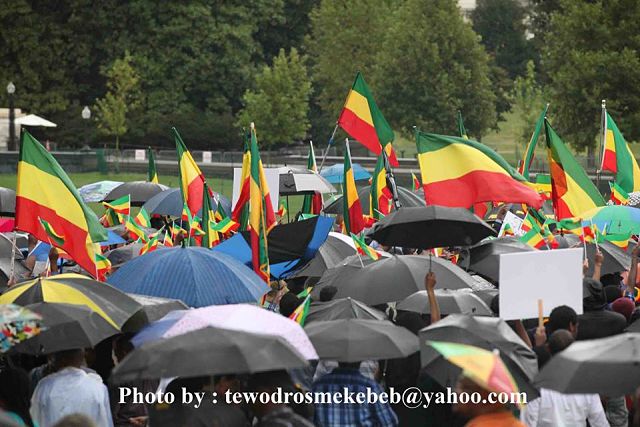 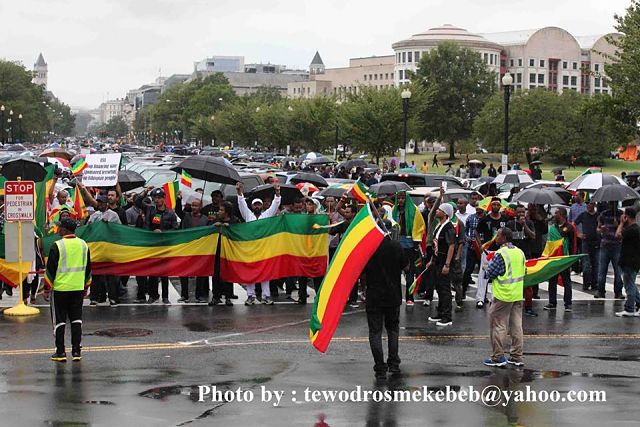 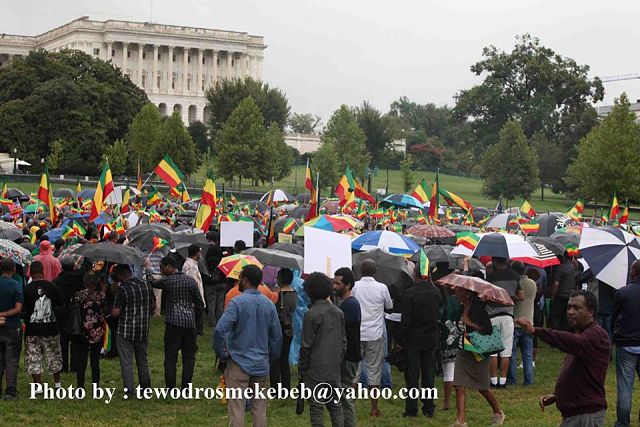 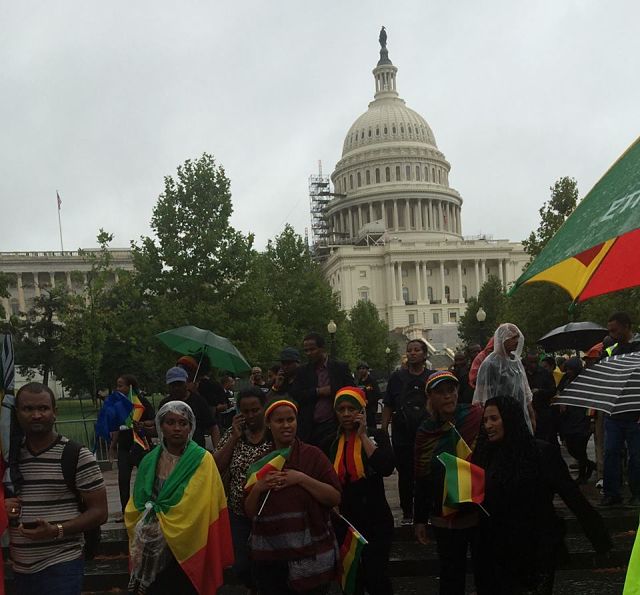 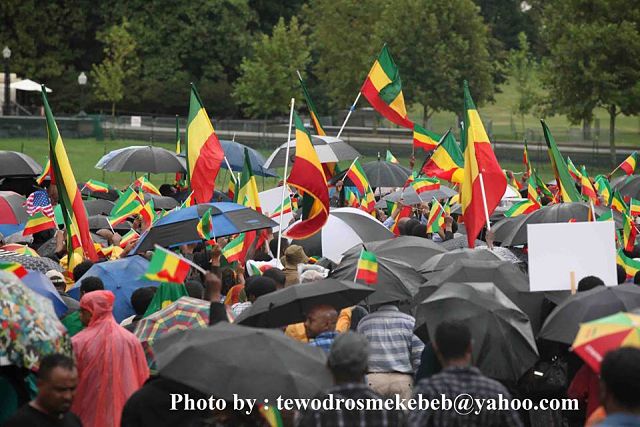