Among the first growth and transformation plans having 10 more sugar factories to get a profit of 1.2 billion birr in 2007 was expected.

Never the less the project was revised again and to build only seven including Tendaho and kuraz 2. in which government borrowed 2 billion birr from different countries and a large amount of money from local banks for that to happen. 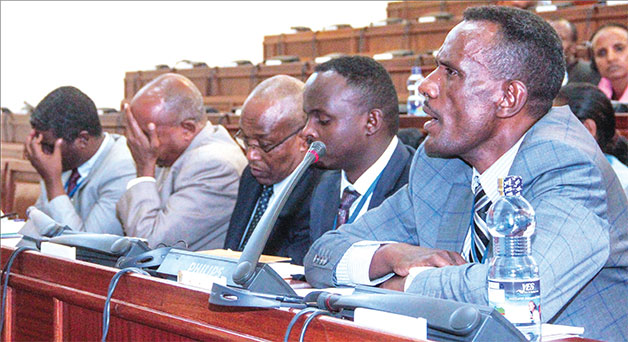 Although building of a sugar corporation takes only a year in other countries but the corporation who is now running 77 billion birr, has not even completed the construction of one among the seven factory projects.

The corporation executive committee reported to the house of people’s representatives that taking 98pc of payment the local company in charge of constructing was supposed to finalize and submit in 2005; however it is still on infant stage.

After taking all projects away Metals And Engineering Corporation who is in charge has now three delayed projects on hand the committee told the HPR. The report also mentions that the two bodies have no paper agreement which actually is appearing to be the major problem for not taking measures.

Regarding this our news source The Reporter marked that the corporation is expected to barely pay 13 billion birr of the borrowed money following next year.