Ethiopia: Church Requests The Ban Of Religious Broadcasts On EBS

The Ethiopian Orthodox Tewahedo Church Holy Synod on its annual assembly passed three important decisions according to Hara Tewahedo news website. The news source said the synod has ordered the ban of religious educations which, the church called illegal and don’t have permission from the synod, broadcasted on EBS television. 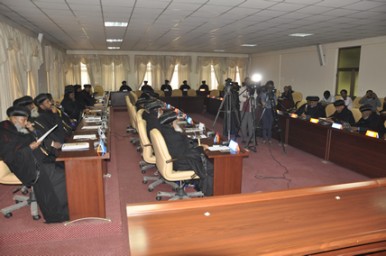 The news said the synod has ordered to relate a letter for Ministry of Federal Affairs and EBS television to request the ban. It is learned the church also has an interest to ban an illegal books and audio visiual religious materials which are distributed without the churches permission. The church also said activities to establish its own 24 hour television station is underway.