Home | News | President Mugabe The Only Leader With Suit In Delhi

President Mugabe The Only Leader With Suit In Delhi

Harare – In a sea of colourful cotton-silk vests, one man stands out: President Robert Mugabe sporting a sombre grey suit.

A picture of Mugabe at the centre of a line-up of heads of state at the India-Africa Forum Summit in New Delhi is doing the rounds, causing more than a few chuckles back home. 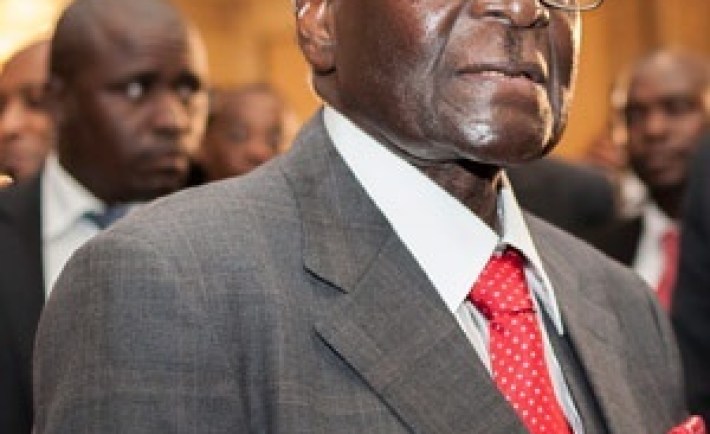 In the photo, African leaders appear to be wearing local Indian dress, including South African president Jacob Zuma. He stands in the front row near Mugabe and is wearing a Nehru suit.

Inexplicably Mugabe, 91, is not following suit. He smiles from the centre with his Western-style tie clearly visible, despite his party’s oft-vaunted scorn for all things ‘colonial’.

“Say no to Indian colonialism,” tweeted Zimbabwean editor @nqabamatshazi, with tongue in cheek.

Said @newsdayreporter: “Mugabe said to hell with wearing a dress

‘Not everyone got the memo’

According to a Wall Street Journal blog post, “Indian Prime Minister Narendra Modi made sure the heads of more than 40 African nations… all had a regulation cotton-silk vest or kurta – just like the ones he sports – to put on.

“Not everyone got the memo,” reporter Sean McLain added.

Blurry video footage allegedly obtained from the summit appears to show Mugabe nearly falling and having to be guided from behind by aides. Though widely shared on social media, its veracity has not yet been confirmed.

The longtime Zimbabwe president’s clothing was in the news on Thursday for yet another reason.

A University of Zimbabwe official is in trouble for not ordering a big enough academic cap for him to wear at a graduation ceremony early this month, the private Newsday reports.

Mugabe is the chancellor of the University of Zimbabwe, the institution that granted his wife Grace a doctorate last year just two months after she enrolled.

Takawira has reportedly appealed to the Harare High Court for proceedings against her to be halted.