United Arab Emirates: Raped, Pregnant And Afraid Of Being Jailed

In the United Arab Emirates, migrant women are routinely jailed for having sex outside marriage. Desperate to leave the country, one Filipina maid who was raped found a dramatic way to escape.

There wasn’t much in the village Monica left behind. No clinic, no school, no street lights – just a crossing of dirt roads and a few concrete houses roofed with tin. What really troubled her, though, was the lack of prospects. 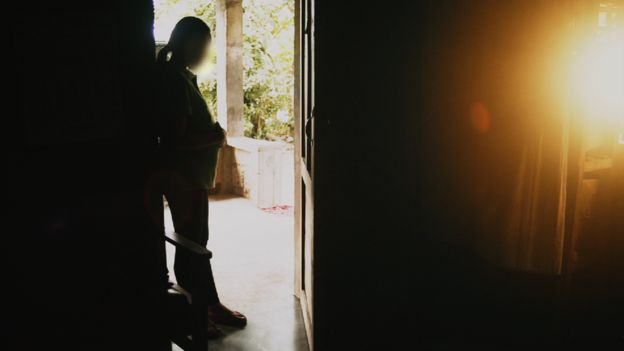 Monica is now back in the Philippines with her husband

She had three young children and a husband who barely made enough to feed them. If she could work in the Gulf for even a few years, she thought, perhaps she’d be able to give those kids a different kind of life.

It took 10 hours for the bus to reach the capital of the Philippines, Manila. There, Monica signed up to an employment agency and flew to the United Arab Emirates, where she began work as a maid for an Emirati family

The malls and skyscrapers of Dubai and Abu Dhabi were a world away from the rural poverty of her village, and at first Monica was excited to have a job. Gradually, though, she began to miss her children, and to feel ground down by the drudgery of the work and the meanness of her employers.

There was another servant in the house, a driver from Pakistan. A few months after Monica arrived, the family went out for the day, leaving her alone with the driver.

“I was in the kitchen, cleaning. Then he came in… He was holding a knife while he forced himself on me… there was nothing I could do. I was alone. Even if I screamed, I was alone.”

Three months later, having told no one about the rape, Monica realised she was pregnant. Under the laws of the UAE, sex outside marriage is a criminal offence. Since Monica had no way to prove she had been raped, the pregnancy stood as evidence of her guilt. 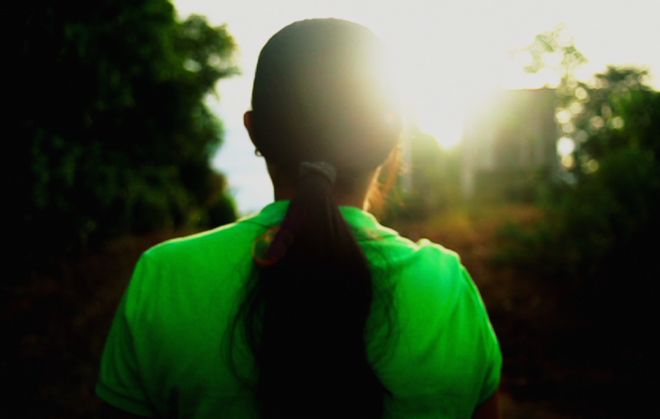 Monica, pictured from behind

Fearing imprisonment, Monica hid the pregnancy as long as she was able. “I knew that they might send me to jail and I was really scared,” she says.

Under Islamic Sharia, which forms the basis of the UAE’s Penal Code, extramarital sex is classified as Zina – a category that also includes adultery, fornication and homosexuality.

There are no official figures on the number of people prosecuted under the Zina laws. What is clear, though, is that the weight of these laws falls overwhelmingly on the thousands of Asian and African women who have been brought to the Emirates to cook and clean in the homes of the rich. An investigation by BBC Arabic suggests that hundreds of migrant women are imprisoned in the UAE every year for Zina crimes, including consensual sex.

Although domestic workers have been sentenced to flogging – and, in extreme cases, stoning – for Zina crimes, there is no evidence that these punishments are actually carried out in the UAE. The BBC’s investigation does confirm, however, that women accused of sex outside marriage are routinely shackled and chained. Footage, filmed secretly in a UAE courtroom, shows a young Filipina woman shuffling along a corridor with her feet chained together.

Sharla Musabih, an American activist who spent more than 20 years in the UAE running a shelter for vulnerable and abused women, says that in Abu Dhabi she saw an Ethiopian domestic worker chained to a hospital bed by her ankles just hours after giving birth. Like Monica, the Ethiopian woman had been raped.

Rothna Begum, a researcher at Human Rights Watch, reported the case of an Indonesian woman who, having jumped from a balcony in an attempt to escape an abusive employer, was cuffed to a hospital bed by her hands and feet. The shackling and chaining of women accused of running away or of breaking the Zina laws is, Begum says, “standard practice in the UAE”.

The UAE government has not responded to requests from the BBC to discuss the Zina laws and the treatment of migrant domestic workers.

For Monica, as for other pregnant women facing jail for unlawful sex, the obvious way out is to leave the country. But here again, Monica found herself trapped by the laws of the UAE.

Domestic workers are brought to the Emirates under something called the Kafalasystem – an arrangement in which a migrant’s right to work, to change jobs, and to go home is entirely dependent upon the employer who sponsors their entry into the country. The dependency created by the Kafala system, as well as the lack of adequate legal protections, leaves domestic servants vulnerable to exploitation and abuse.

The scale of that abuse may never be fully known. In 2014, Human Rights Watch interviewed 99 of an estimated 146,000 female domestic workers now employed in the UAE.

Most reported working long hours of unpaid overtime – in extreme cases, 21 hours per day – and many said that their wages had been withheld. Others had been confined to their employers’ houses, or deprived of food or rest. Twenty-four reported physical or sexual abuse. Almost all had had their passports confiscated, despite this being unlawful in the UAE. Some of the women, HRW concluded, “described situations that may amount to slavery under international law. Several workers said their employers seemed to think they had purchased them.”

In the summer of 2014, no longer able to hide her pregnancy, Monica begged her Emirati “madam” to let her return to the Philippines. Her employer, invoking her rights under the Kafala system, said, “Why should I send you home? You haven’t finished your contract.”

If she had given birth in the UAE it is likely that Monica, too, would have been taken to court in chains. But almost seven months into her pregnancy, she found a dramatic way to escape.

Using Facebook, Monica contacted the host of a popular radio talk show in the Philippines. She gave him the number of a mobile phone that she kept hidden in the kitchen. The talk show host called Monica a short while later.

Live on air, locked in the bathroom of her employer’s house, Monica told thousands of listeners that she had been raped, that she was pregnant, and that she was desperate to get back home. “I want to leave but they won’t let me,” she said.

“Monica, does your family know about this here in the Philippines?” the radio host asked,

“That’s the most painful part of this story,” the host told listeners. “She has a husband in the Philippines and he doesn’t know.”

Monica’s gamble paid off. The blaze of publicity generated by her call forced the government in Manila to lean on the authorities in the UAE. Within weeks – just long enough to train a replacement house maid from Indonesia – Monica’s employers returned her passport, bought her a ticket, and sent her back to the Philippines.

From the employment agency in Manila, Monica called her family. “At first my husband could not accept it. He was very angry. He blamed me, and said, ‘That’s what you get for wanting to work abroad.’ But then he thought about it, and he said, ‘Come home.'”

Accompanied by her father, Monica made the long drive back to the village. It was not the homecoming she had dreamed of. “If [your husband] can’t accept the child,” her mother suggested, “give the child to me. We will raise him.”

After a while, though, Monica’s husband calmed down. “Why give the child to your mother?” he told her. “Let him be ours.”

Monica is one of five women featured in a BBC Arabic documentary, Pregnant and in Chains, which investigates what happens to unmarried women who fall pregnant in the UAE.

Pregnant and in Chains will open the BBC Arabic Film Festival at Broadcasting House in London on Friday 30 October. It will be available to view on the BBC Arabic website in November. An English version will be shown on Our World on the BBC News Channel and BBC World from Friday 6 November.

Monica was eight months pregnant when she spoke with the BBC at her home in the Philippines. A medical examination had confirmed that she was carrying a baby boy. We have been unable to contact her since.