Death Penalty Of A 22 Year Old Ethiopian Hanged For Killing A Kuwaiti Girl Scares Me!

Every time I read about a maid receiving a death sentence in court, I feel pain in my heart. It usually takes me some time to pretend that the decision is not mine and she probably received the right end for the crime she committed . Yet, I wonder if hanging a woman is the solution? Why we as a society have to put two young lives in danger without observing and digging into the probable roots of the problem that lead to this devastating route?!

Kuwait’s Cassation Court recently upheld a death sentence for a 22 year old Ethiopian domestic helper for killing a Kuwaiti girl. A capital punishment verdict was issued after the maid admitted to the public prosecution that in March 2014 she took a knife and walked into the victim’s bedroom where she stabbed her several times in the chest. She confessed that she killed the Kuwaiti sponsor’s 19 year old daughter, a college student, when the family were resting after hosting a dinner reception. According to police reports, the maid stabbed the victim who was asleep, then locked herself inside her room before leaving her employer’s house and eventually turning herself in to the police. Investigators confirmed that the maid killed the Kuwaiti because her fingerprints were all over the knife used in the crime. Last November, the court sentenced her to death by hanging.

Sadly this incident was not the first of its kind and I doubt it will be the last. Now, I believe the bottom line is that we lost two people instead of one. The victim has lost her young life. And the maid will also be gone either when she is hanged or even if she went to jail for the rest of her life. 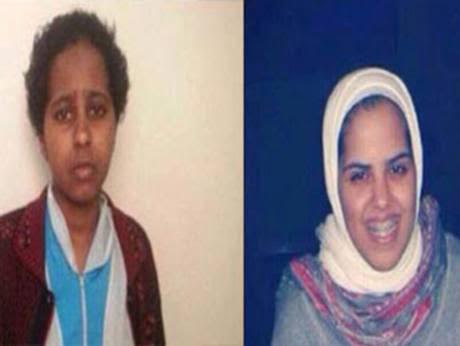 However such a horrific incident will not end the troubled relations here in Kuwait between sponsor and their servants. Not unless we hold the courage to point fingers over whom should be blamed for the unsettled contact among the two.

I believe in law. But I also believe in the need to enforce and implement laws rather than having them solely for the pleasure of the beautiful way they look written on a page. So, I believe maids in general must be given all their personal needs and space. That is a fact….when a maid is deprived of humane treatment, how can you expect her to act human?

A full day off is her right and not a gift from an employer. Whatever your excuse you are denying her a basic human need to have personal space and rest. Some employers argue that she might go out and get a boyfriend and get pregnant. But we all know that’s just a lazy excuse. It’s illegal to get pregnant here without marriage and if one does so, she will end up jail. The employer will not be held responsible for the maid breaking laws.

We forget that our helpers are people too. They have a legal right to have time to make friends and enjoy life. They are not slaves – though many are treated as such here in Kuwait.

No amount of pressure can excuse the taking of another human life.

But when employers deny domestic staff even a little bit of relaxation and fun, a day to rest and release some of the stress and pressure that all human beings feel, the only possible result is that some will go crazy. Moving from home to a new land is never easy for any one, so if it is not easy for professionals or housewives, you can imagine that it is surely not easy for a woman who may suffer from homesickness , missing her partners, family members or children.

Also verbal abuse which is very common here is hard to deal with….I know some here may deny such vulgar behavior but, it’s happening and widely spread among a lot of people. I think such an environment can lead any person to depression, mental illness and the temptation to commit acts of extreme violence.

We need a balance study that sheds light on the real suffering of maids and point fingers towards the truth behind the horrifying daily news about human rights abuses in Kuwait.