The Islamic State (Isis) has released a new brutal execution video in which a young Syrian soldier is seen being crushed to death under a battle tank. The 19-year-old prisoner is dressed in an orange jumpsuit as he confesses to driving over the dead bodies of IS militants with a tank, the Syrian Observatory for Human Rights reported.

Meanwhile, an IS jihadi clad in white announces that the soldier is sentenced to be run over by a tank while he is still alive, according to the Daily Mail. The Syrian soldier, who identifies himself as Fadi Ammar Zidan, is shown being handcuffed as he's placed in the middle of a road in the desert. 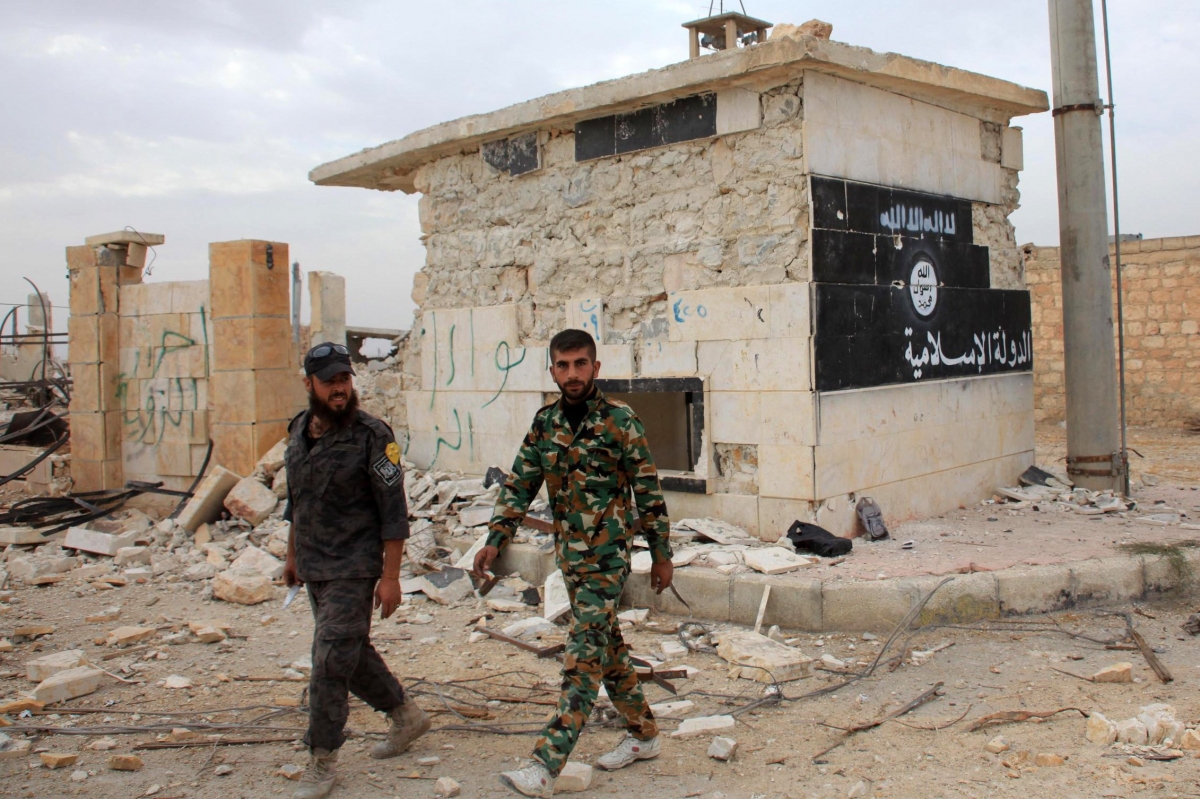 Syrian government forces walk past a building bearing an image on the wall with Islamic writing and reading in Arabic the 'Islamic State' in the village of Jabboul on the eastern outskirts of the northern Syrian city of Aleppo after taking control of the village from Islamic State (IS) group islamists on October 24, 2015. With the support of Russian air strikes, the army has recaptured territory south of the city in recent days and is seeking to break an IS siege of the Kweyris airbase to its east.

Following the soldier's forced confession, the IS fighter said: "This apostate dirty Nusayri ran over our brothers who were dead in a tank so it was decided that he will be run over by the tank while he is alive." The Daily Mail reported that Zidan is run over by the tank and that the video concludes with images of his lifeless body.

Horrific screenshots shared by AhlulBayt News Agency show the crushed and disfigured remains of the solider after his execution. Fellow IS militants can be seen cheering in the background.

IS announced last month that it would begin executing soldiers by crushing them under tanks, the Syrian Observation for Human Rights claimed. It added that this was the first time the terrorist organisation employed the new execution method.

The video's release comes on the heels of a major raid on the IS stronghold of Hawija in which an American soldier became the first US serviceman to be killed fighting on the ground against the terrorist organisation. Thirty-nine-year-old Master Sergeant Joshua Wheeler was killed during a raid in northern Iraq to rescue 69 Iraqis being held captive by IS. Wheeler, believed to be a member of the US Army's secret Delta Force unit, died as six militants were arrested and over 20 were reportedly killed.