A map that shows the degraded mountainous areas that need intervention across Ethiopia was launched today.

Some 410 mountains with area coverage of more than 1.2 million hectares land are identified as degraded due to increased human activities and natural causes.

The Ministry of Environment and Forestry in collaboration with Ethiopian Mapping Agency launched the map.

Minister of Environment and Forest, Belete Tefera said the preparation of the map is important to identify the degraded areas and decide what interventions should be taken.

Ethiopia is a mountains country with 65 percent of its total area having an elevation of more than 1400m and a substantial is laying well over 3000m.

The highlands have the highest human settlements and 60 percent of the livestock population, because it’s safe from most of the tropical diseases and pests, in addition to the natural resources.

He said “land degradation and deforestation problems in the highlands and mountain regions of the country are very serious and making the situation more challenging to the people living in the areas.” 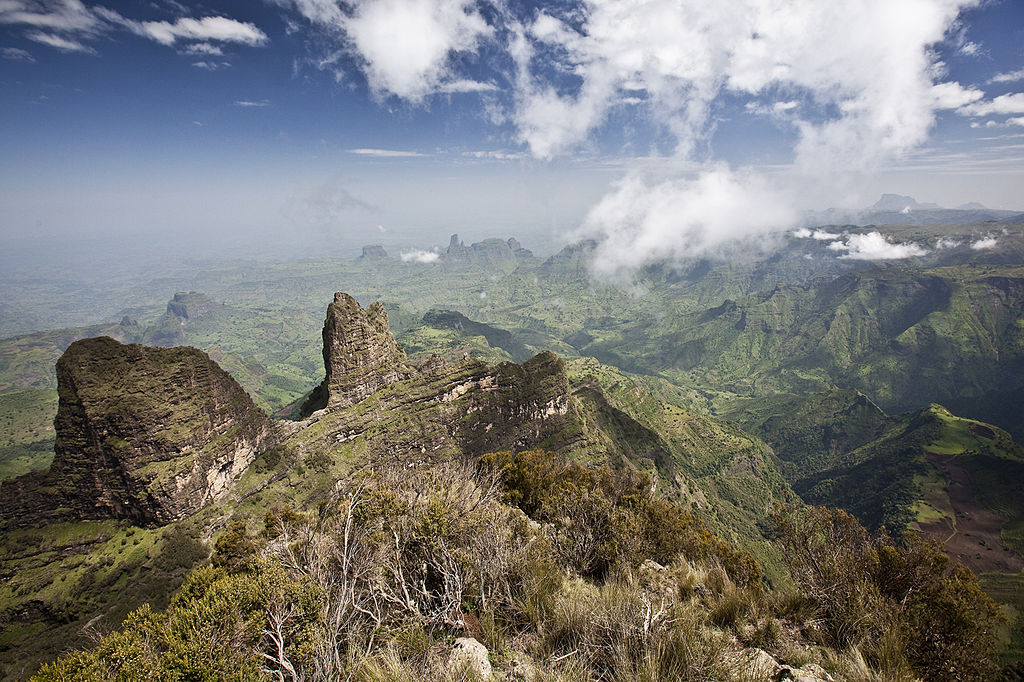 Some 410 mountains with area coverage of more than 1.2 million hectares land are identified as degraded due to increased human activities and natural causes. View of Ethiopia's Semien Mountain

For this reason, the Ministry decided to carry out this study, so as to get information that will help to design appropriate interventions to rehabilitate the areas, he added.

The country has been undertaking various activities to rehabilitate the degraded areas particularly the mountains. Planting trees in mountainous areas and undertaking consecutive natural resource conservation activities every year, are among the activities.

Most of the degrade mountains are found in four regional states, namely, Oromia, Amhara, Tigray and South Ethiopia Peoples' states, with Amhara and Oromia taking the lead.

Acting Director of Environment Assessment with the Ministry, Asaye Ketema for his part said that the preparation of the map will help stakeholders manage their focus areas.

Deforestation, increased number of human and livestock population in the mountainous areas, and expansion of farm lands, are among the major contributors for the degradation.

“There are various factors which are considered as root cause for degradation of mountains including expansion of agriculture, deforestation and cutting of trees for wood among others,” he said.

The country should consider various ways to curb the danger caused by the degradation through reaforestation and rehabilitation activities.

"There are different methods that the country can tackle degraded mountains areas such as rehabilitation, reforestation and different intervention mechanisms at large.”