Court Jails Dad Who Constantly Raped His Own Daughter

A court punishes a man who slept with his daughter

A court in Addis Ababa passed verdict on a man who slept with his 14 years old daughter for three consecutive years from 2003-2007E.C.

Putting sex as elixir for a mild fungal infection, the man had repeated sex with his own daughter; impregnating her twice and having her undergo miscarriage until he finally made her use a contraceptive loop.

Many fellows in the country are in sheer aghast by the tragic news. 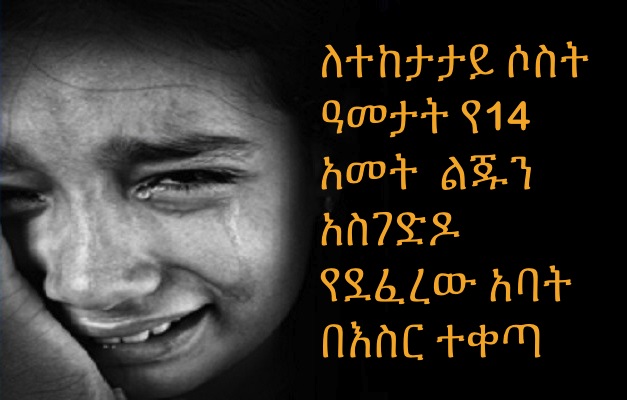