Home | News | ‘How Many Ethiopian Semitic Languages Actually Are There?’

‘How Many Ethiopian Semitic Languages Actually Are There?’

As many know, there is a variety of Semitic languages in what is now the modern nations of Ethiopia and Eritrea. But most linguist, and even speakers of these languages, don’t realize just how many there actually are. Now to begin this, let’s focus on one quote by Robert Hetzron, that was made in the 1977. This quote is:

Now this quote plays on a criticism of a major aspect of the Sabaean theory, the Ge‘ez is the ancestral language to all the Ethiopian Semitic languages and this is due to the spread of Aksum. But this theory fails to explain a few things and relatively ignores the fact that Ethiopian Semitic languages that are lesser known can be found far outside what was once Aksumite territory. In 2001 an Ethiopian linguist named Girma A. 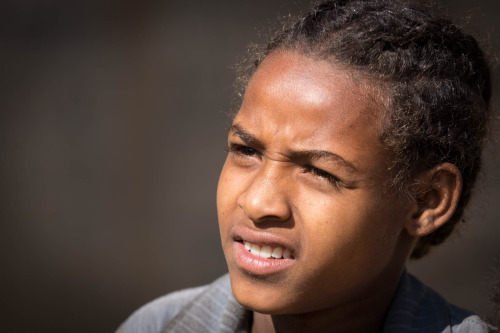 Demeke actually had wrote an entire paper on the classifications of the Ethiosemitic languages and provided heavy evidence against the popular theories regarding the languages. So as we can see, the background to studies on Ethiopian Semitic languages are somewhat heated, even though a good majority of the linguist who study them only really compare them the Northwest Semitic languages and usually use reconstructions that lack information from more obscure Semitic languages. Sadly enough, this includes Wolf Leslau, who had mistakenly left out the ejectives in the so-called ‘Gurage’ languages.

So we can see, Ethiopian Semitic languages are complicated. But the question still remains, how many are there? Well, it depends what you consider a language. The popular saying “a language is a dialect with an army and a navy” is seemingly true until you get to the Gurage peoples region of southwestern Ethiopia. The Sebat Bet Gurage language is a group of dialects (or highly mutually intelligible languages?) that basically are like the NATO of Ethiopian Semitic languages. It’s hard to tell, when it comes to West Gurage languages, the difference between dialect and language.

This was a case of Mesmes, along with a slew of other contested linguistic features. But to get back to the point, how many are there? Well, if you want to count all the languages recognized as languages usually (Tigre, Tigrinya, Ge‘ez, Amharic, Argobba, Zay, Silt‘e, Sebat Bet, Mesmes, Innor, Endegeny, Harari, Soddo, Gafat, Masqan, Muher) it would be 16. If you break up Sebat Bet, you have around 23, and if you pick and choose you’ll have something in the middle. Now only further research can contest as to how many there actually is in comparison to how many we think there are.