According to news reports the Senegalese origin US singer is heading to visit 10 African countries to see his lighting Africa initiative projects progress. Just days away from speaking at the Global Entrepreneurship Summit held in Nairobi last Friday, singer and businessman Akon is heading to Rwanda on Tuesday to monitor the progress of his lauded Akon Lighting Africa Solar Power Initiative, according to the New Times. 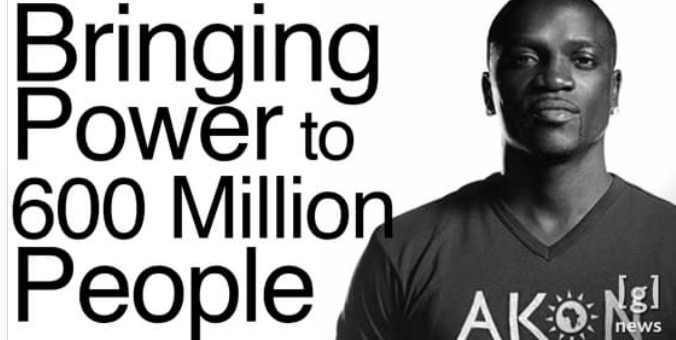 Akon Lighting Africa Solar Power Initiative was launched last February as a grassroots solution to the continent’s energy challenges. With his program, Akon is providing solar-powered electricity to African villages. So far, he has established his program in 14 African states. By the end of 2016, Akon reportedly plans to extend his solar reach to 11 additional countries. After handling his business, Akon and his colleagues will visit the Kigali Genocide Memorial