European Union launched the “support the reintegration of returnees in Ethiopia” project on Friday 24 July 2015.

The European Union funded the project worth 5million Euro, to be implemented in selected districts (woredas) and Zones of Amhara, Tigray and Oromia regional states for the next 3 years.

This project is part of a broader programme to improve labour migration management in Ethiopia.

It aims at supporting the efforts of the Government of Ethiopia and of stakeholders from Civil Society, in improving migration management and reintegration.

Forced repatriation of 163,018 Ethiopian migrants in 2013/2014 from the kingdom of Saudi Arabia (KSA), combined with a reported cases of abuse and mistreatment of migrants drew considerable attention to the plight of Ethiopian migrant workers. 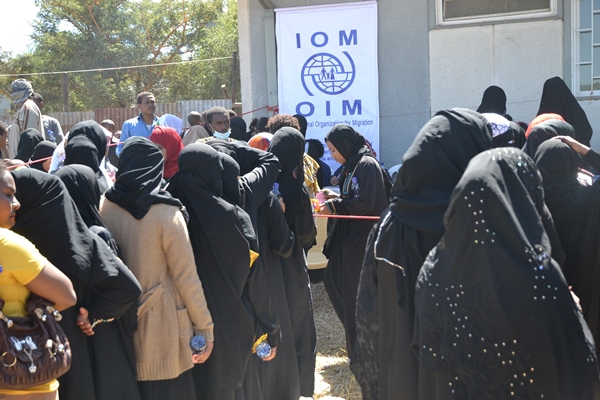