At least 300 people have been injured in a train crash near South Africa’s biggest city, emergency services said. The rush-hour accident happened close to Booysens station south of Johannesburg as commuters made their way home for the weekend. There were no immediate reports of fatalities.

Santi Steinmann, spokesperson for the ambulance and hospital service Netcare 911, told South Africa’s News24 website on Friday: “At this point in time, a total of 250 commuters have been attended to at the scene and have been transported to various hospitals by various services. There are currently still patients at the scene, so the number might even increase.”

Later in the day, Nana Radebe, spokesperson for Johannesburg’s emergency services, said 326 people had been transported to nearby hospitals. 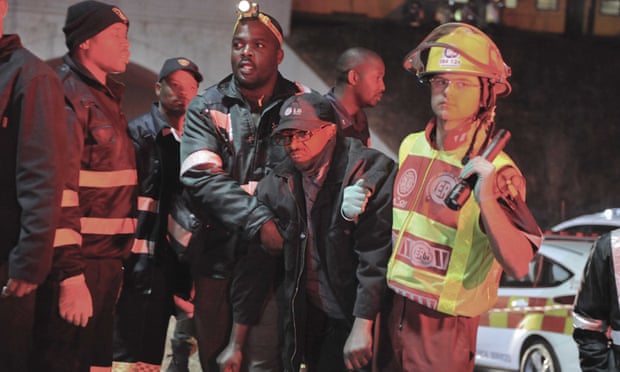 The cause of the crash is still unknown. Russel Meiring, spokesperson for the emergency paramedic service ER24, said it was believed that two trains collided, causing one to derail and partially overturn. Paramedics and other services arrived to find a “mass casualty incident”.

“A paramedic at the scene told me it was an absolutely horrific incident,” Meiring said. “People were running and screaming and asking to be treated first. Paramedics immediately began setting up a triage area to effectively treat the patients. Patients were found all over the scene with injuries ranging from minor to serious.” These included numerous soft tissue injuries and fractures, as well as head, neck and chest injuries to people who, as in a car crash, had violently been thrown forward from their seats.

Meiring could not yet rule out the possibility of loss of life. “Ambulances are going back and forth between the scene and nearby hospitals. We are hoping for the best, but we are expecting the worst.”

South Africa has witnessed a number of rail accidents in the recent past, he said, but this was among the worst. “The cause of the collision is not yet known, but local authorities were on scene for further investigations.”