ADDIS ABABA — Egypt’s President Abdel Fattah el-Sissi addressed his hopes and concerns about sharing waters of the Nile River while addressing the Ethiopian parliament Wednesday, during his first official state visit to Ethiopia.

Sissi said he understands the need for Ethiopia to develop, but warned that conflict should be avoided when utilizing resources and seeking progress. 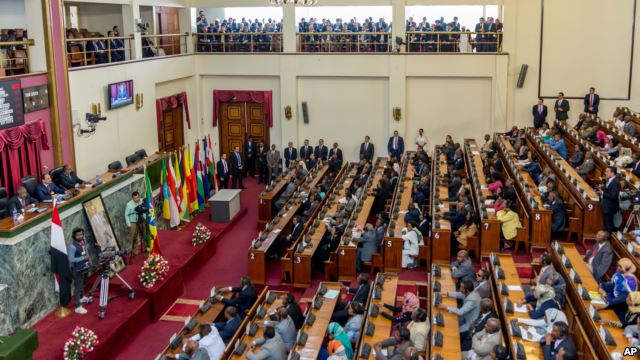 He says your Egyptian brothers also have the right, not only to development, but also the right to life itself. And to live in safe haven on the banks of the River Nile.

Ethiopia says that the $4 billion dam will not affect Egypt’s access to Nile water. The energy produced from the dam is to be used for Ethiopia’s domestic market and for export to countries in the region.

No details were released but the agreement is believed to focus on resolving misunderstandings between Nile countries, causing no harm to one another and promising to work out detailed procedures in the near future.

Sissi called on leaders of all Nile countries to work together on reaching a consensus about the waters.

He says, “one that allows us to overcome the differences and outstanding points in the Nile Basin Initiative Framework Agreement, for it to include all the basin countries and to address all their needs.”

Tensions between Ethiopia and Egypt rose after Ethiopia started dam construction in 2012. Although most of the Nile’s water originates in Ethiopia, an old colonial-era agreement gives Egypt the right to over 80 percent of Nile water.