UN - Ebola outbreak To Be 'Over By August'

The Ebola outbreak in West Africa will be over by August, the head of the UN Ebola mission has told the BBC.

Ismail Ould Cheikh Ahmed admitted the UN had made mistakes in handling the crisis early on, sometimes acting "arrogantly".

A year after the outbreak was officially declared, the virus has killed more than 10,000 people.

Looking back over the year, the charity suggests its early calls for help were ignored by local governments and the World Health Organization. 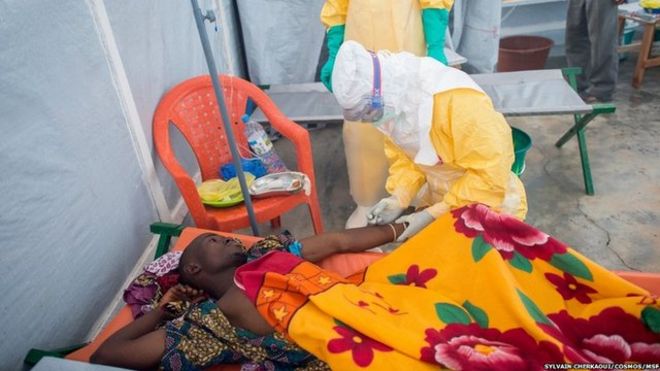 Most deaths occurred in the worst-affected countries of Guinea, Liberia and Sierra Leone.

The head of the UN Ebola response mission told the BBC, when the virus first struck, "there was probably a lack of knowledge and there was a certain degree of arrogance, but I think we are learning lessons.

"We have been running away from giving any specific date, but I am pretty sure myself that it will be gone by the summer."

The first person to succumb to the disease during this outbreak is thought to have been a toddler in a remote part of Guinea. He died in December 2013.

Three months later the WHO officially announced an outbreak. And it was a further five months before the organisation declared it a public health emergency of international concern. At this point more than 1,000 people had lost their lives.

Henry Gray, MSF emergency coordinator, told the BBC: "We were well aware this was something different in March and April last year and we did try to bring this to the attention of the WHO but also governments within the countries affected.

"And of course it was frustrating that we weren't heard and that has probably led to the scale of the epidemic we see today."

The charity says it should also have used more of its own resources earlier in the crisis.

(Includes one in the US and six in Mali)

The analysis, which includes dozens of interviews with MSF staff, says by the end of August 2014 treatment centres in Liberia where overwhelmed.

In January 2015 at a rare emergency meeting, the WHO admitted it was too late to respond.

Dr Margaret Chan, director general, said: "The world, including WHO, was too slow to see what was unfolding before us."

But the organisation says it made it clear from the start "this was a very serious situation".

There are now proposals to build-up a rapid response team to react more swiftly to future threats.

Case numbers are falling but MSF says the outbreak is not yet over. Overall cases have not declined significantly since January, the charity warns. 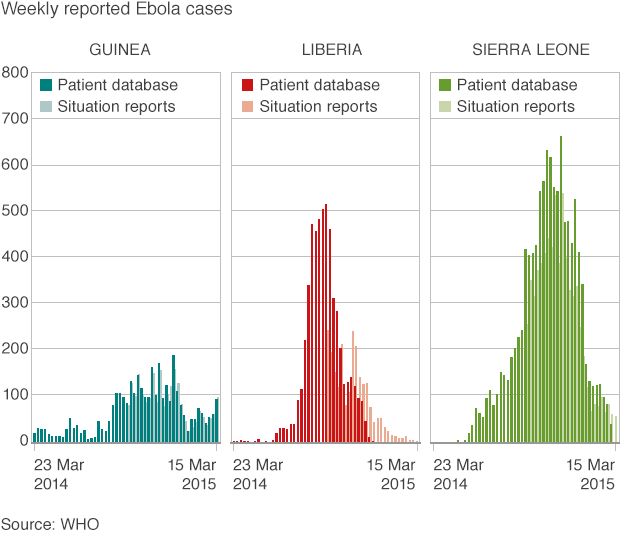 Liberia recorded its first case in more than two weeks on Friday, dashing hopes the country would soon be declared virus-free.

In Guinea, cases are rising again after a dip at the beginning of the year.

Some patients in Sierra Leone are are not on lists of known Ebola contacts, suggesting chains of spread are going undetected.

Dr Derek Gatherer, at Lancaster University, said: "In retrospect, it is now apparent that the delay from December to March was crucial in the dissemination of the virus to several locations in eastern Guinea and then onto the capital, Conakry, which remains one of the few areas with active transmission."

But until zero cases are recorded in all three worst-affected countries for a period of at least six weeks, the outbreak will not be officially declared over.