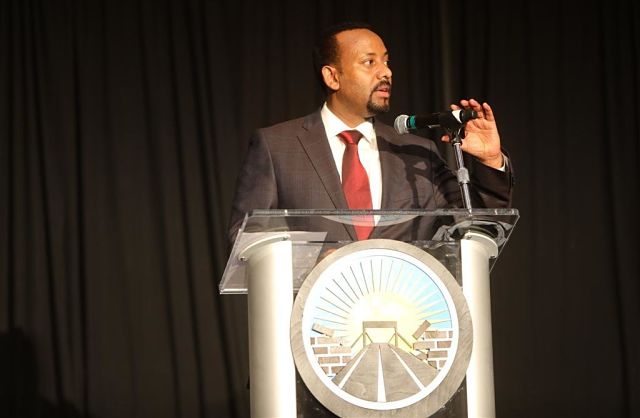 ADDIS ABABA, Ethiopia (AP) — Ethiopia’s reformist prime minister says a meeting with disgruntled soldiers last week was an attempt to derail dramatic reforms and “there were some sides who regretted I was not killed.”

Prime Minister Abiy Ahmed’s comments to lawmakers on Thursday indicated that the march on his office by dozens of soldiers was the latest attempt to challenge his rule. Abiy already has faced an assassination attempt since taking office in April.

The meeting, which caused concern in the capital and prompted the government to cut internet services for hours, had been described as being over a “pay issue.” Abiy, a former soldier, defused the situation by joining the troops in push-ups.

On Thursday the prime minister blamed some elements of being behind the incident, without giving details. “Though it is difficult to say all the soldiers marched to my office with the same agenda, it was an attempt to derail the ongoing reforms.”

Earlier this week the Ethiopian National Defense Force chief said military officers suspected of inciting the incident were in custody. Gen. Seare Mekonnen said the manner in which some of the soldiers acted was “unconstitutional” and “out of military discipline.”

“The prime minister has handled the soldiers in a smart way,” Seyoum Teshome, a prominent blogger, told The Associated Press. “But the way those soldiers managed to march to his office without any hurdles shows the security apparatus has collapsed. It shows that there was a sabotage and indeed was also a dangerous move.”

Rebellious soldiers are a rare sight in Ethiopia, a key U.S. security ally in the Horn of Africa region. It has one of the largest armies in Africa.

The 42-year-old Abiy announced sweeping political and economic reforms after taking office. The new government now faces the challenge of opening up political space while keeping tensions among some of the country’s scores of ethnic groups in check.