So Sweet: Man Proposes to Long Time Girlfriend in the Arrivals Hall of Airport (photos)

Antony Buluma Samba brought businesses to a stand still after he dropped to one knee in the arrivals hall of the Jomo Kenyatta International Airport to propose to his long-time girlfriend, Gettie Nthiiri, a Master's degree holder from the University of Nairobi.

Mr Bulama, an alumnus of the United States International University, had arrived at the airport Monday evening to prepare for the big surprise moment. On the D- day, while at the airport, a group comprising family, friends and colleagues held placards written: "Gettie will you marry me?"

Holding a large bunch of flowers, Bulama patiently waited for his partner to arrive. Spotting her, he smiled and he went down on his left knee, popped the question as a band equipped with a musical keyboard and a guitar serenaded her.

Heartwarming photos showed Gettie running toward her boyfriend and throwing herself into his arms. As Gettie said ‘yes’, the assembled crowds cheered.

"This is God’s doing. I give Him the glory. He is worthy to be praised. Thank you all who took part in making this real. To Gettie Nthiiri you are my choice. I found you and discovered a beautiful thing. You are my love; may God be our guide,"Mr Bulama said after Gettie accepted his proposal. 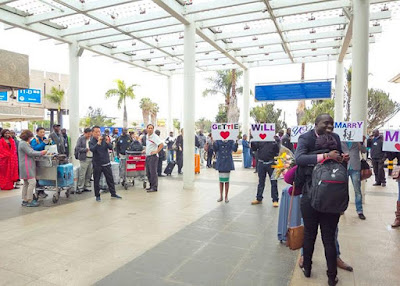 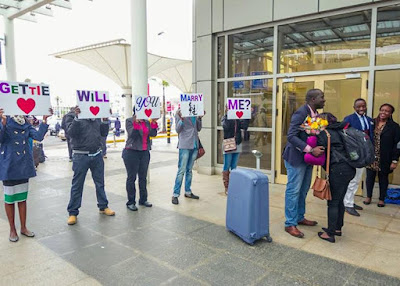 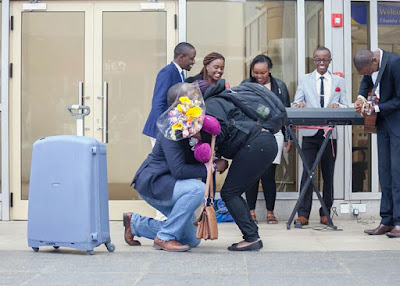 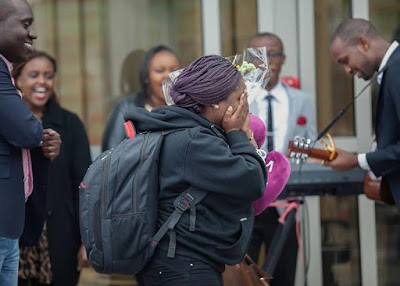 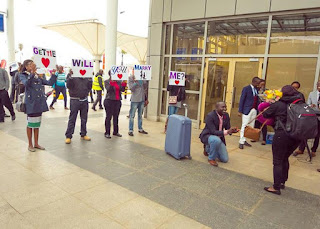 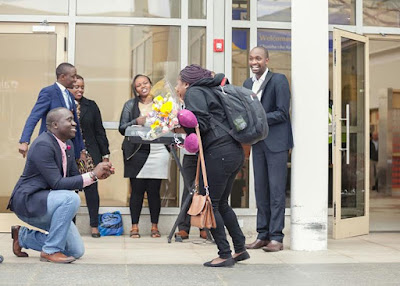 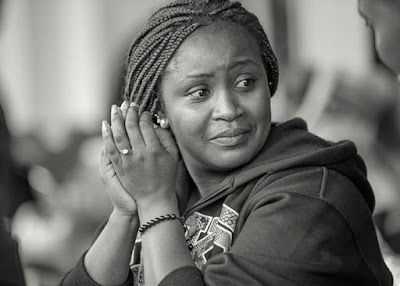 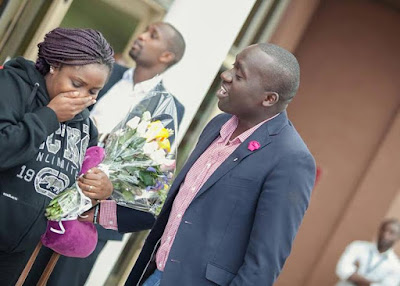 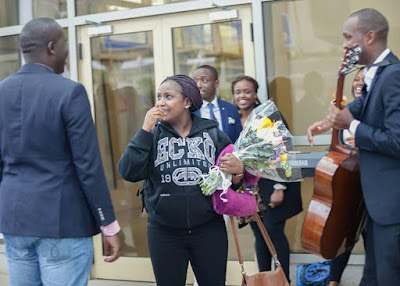 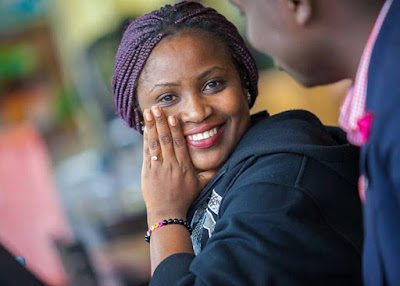 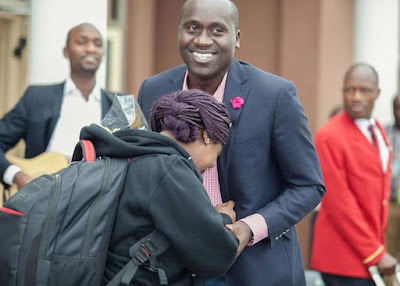 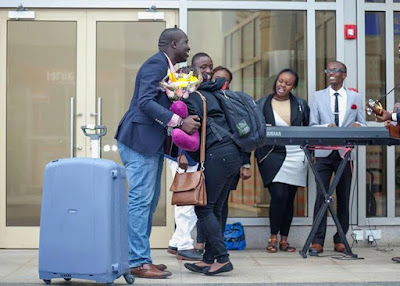 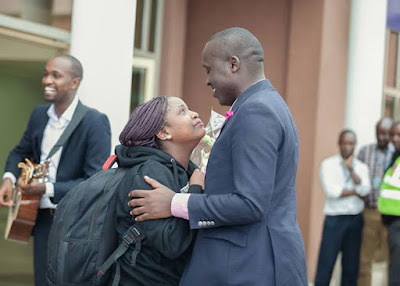 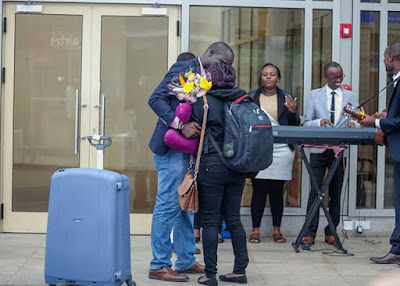