You Are Here: Home → News
Check out this couple's beautiful pre-wedding photos
Wife Allegedly Killed Her Husband over Marital Dispute and Lies to Cover Tracks

Friends of late Solomon Odekunle has described the 21-year-old as a "quiet and funny" young man who wanted to make his parents proud.

Late Odekunle, who arrived Canada in 2012 was until his tragic death, an Economics student of University of Ottawa. Judy Trinth, a reporter with CBCNews spoke to the victim's friends yesterday, a day after he was stabbed to death near the corner of St. Laurent Blvd. and Oglive Rd. 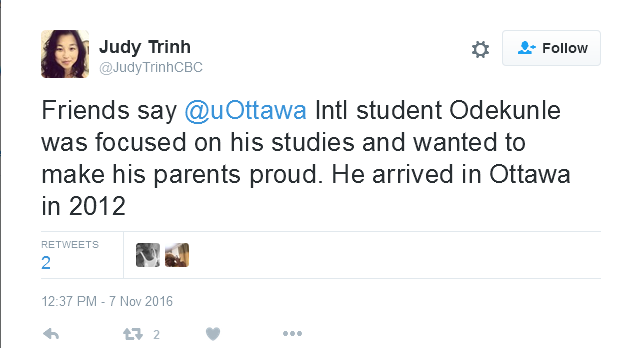